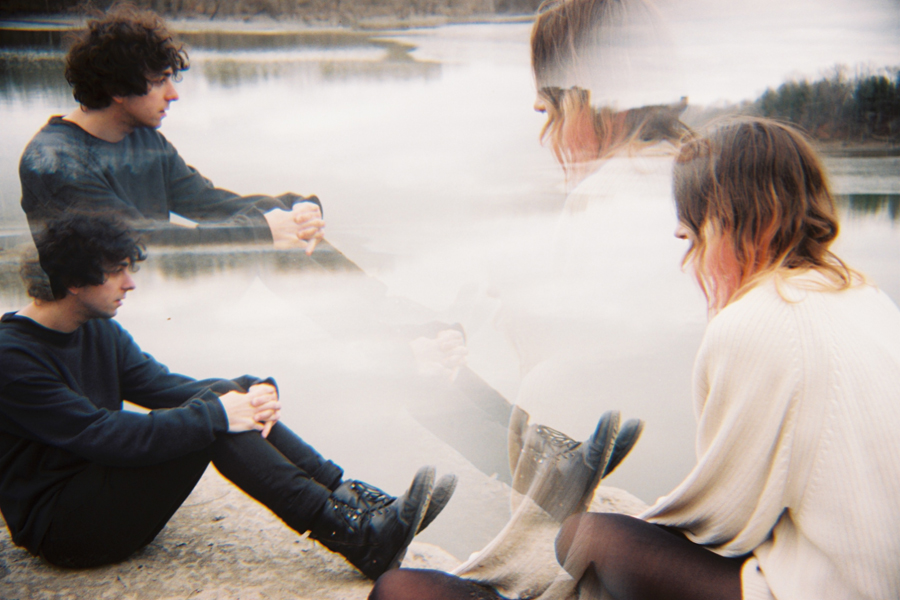 “1994” is of Belief’s forthcoming release Habitat, out September 22nd via Outside Music.

“It’s a dark record, for sure,” affirms Crowe.

“I feel like we were drawing a lot more from, like, me being a Goth teenager and Josh only wanting to listen to Aphex Twin and me only wanting to listen to Portishead’s Third for the last year and stuff like that. But also it was time to embody the elements of being a ‘wall-of-sound’ band with some space and the idea of being able to be quiet when you should be quiet, and you can’t do that with three guitars. There’s no space. It just becomes all push and no pull.”

Habitat was finished in a grand total of 16 days, with Korody serving as producer and engineer, studio multi-tasker, Leon Taheny (Austra, Death From Above 1979, Owen Pallett) sitting in as drummer, and Holy Fuck’s Graham Walsh giving the whole affair the same sort of bristlingly immediate final mixdown he’s brought to recent albums by Preoccupations, Alvvays and METZ.

Beliefs previous albums; 2013’s self-titled debut and 2015’s more poised Leaper – which lent a satisfying, Swervedriver worthy visceral punch to the layered, loopy loveliness of My Bloody Valentine and Yo La Tengo – met with considerable acclaim and a brewing word-of-mouth reputation on both sides of the Atlantic.

Lately, Korody has worked behind the boards on smashing records by such fellow Torontonians of note as Dilly Dally and Weaves as well as playing in Wish, Vallens, Breeze, amongst others.

Habitat is released 22nd September on Outside Music.