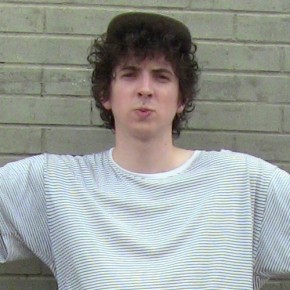 Youth Lagoon premieres the second official music video from his sophomore LP Wondrous Bughouse today, the Stephen McNally directed “Raspberry Cane.” Watch it above. In addition, dates across Europe this autumn have just been announced including London’s Islington Academy Hall with support from Anna Meredith.

thoughts, as well as where I transfer my fears,” explains Powers.

“My mental state is usually pretty sporadic… a lot of this record was influenced by a fear of mortality but embracing it at the same time. Realizing that human life is only great because it is temporary. Experimenting with ideas about dimensions. I’m not a gifted speaker, so

explaining things is difficult for me. But music always makes sense.”