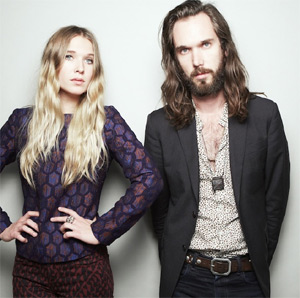 To kick off the band’s first headline North American tour, Wild Belle has released a video for “Another Girl” today: http://www.rollingstone.com/music/videos/wild-belle-seek-isolation-in-another-girl-premiere-20130913

Wild Belle will start their headlining tour tonight in Minneapolis at the Triple Rock Social Club. The Chicago based duo recently made their Lollapalooza debut before they headed to San Francisco to play Outside Lands.  After previously touring the states opening for Passion Pit and Toro y Moi, Wild Belle will travel across North America and back for over 25 tour dates.

Wild Belle’s live performances have been recognized for their catchy hooks and infectious sound. The band took their effortlessly sunny set on the festival circuit this summer with performances at Coachella, Sasquatch, Firefly, Full Moon Festival, Lollapalooza and Outside Lands.  The musical talents of both siblings shine during the band’s live performances.