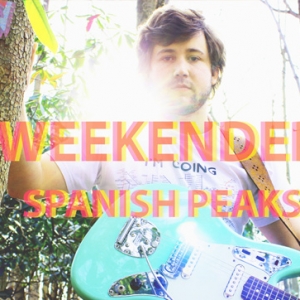 Philadelphia quartet  Weekender has premiered a new video for the title-track off their debut EP, Spanish Peaks, today. Spanish Peaks was released last week on PaperCup Music. Weekender will perform in New York, December 11 at Pianos.

The Sheehan brothers, Derek and Nic, played in a number of bands in Philadelphia over the course of a few years, some lasting longer than others, some garnering more attention. The two made a fresh start recruiting Tom Anthony (Bleeding Fractals) and Emily Cahill (Gypsy Death and You) in early 2013 forming Weekender. Since then their endeavors won the hearts of many a local, including producer Kyle “Slick” Johnson (Modest Mouse/Wavves), who signed on to work with the band on new material. Opening for acts like The Growlers and Peace.