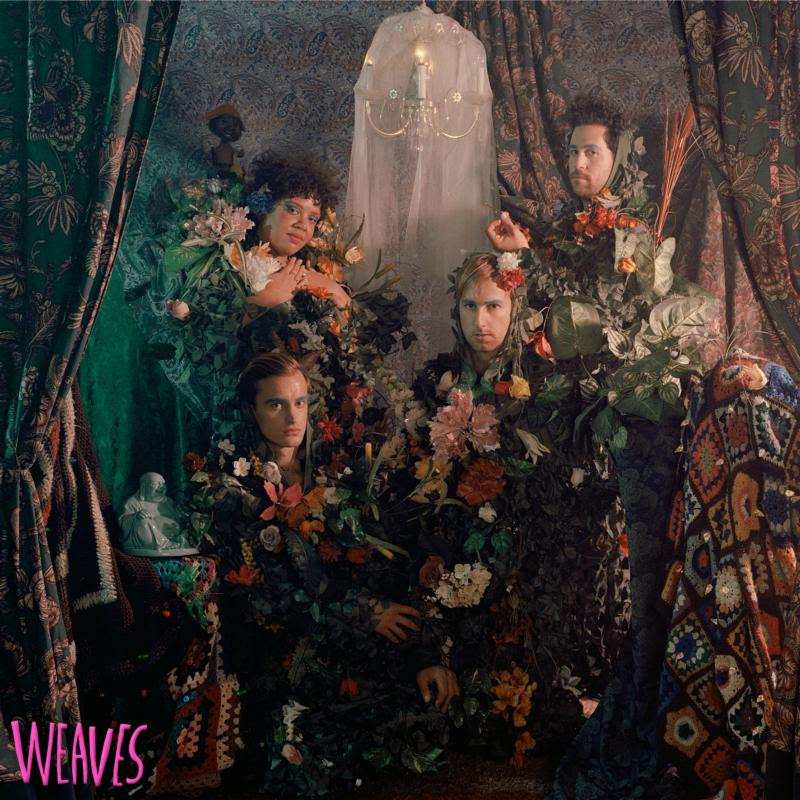 Weaves have debuted their new single “One More,” the first track from off their debut full length. The track is, according to frontwoman Jasmyn Burke, an assertion of independence. “Sometimes I’m bothered by female lyrical content that feels indirect or is only about wanting a certain thing,” says Burke. “I think there’s room for women to have a more individual voice in music and to be having fun rather than looking for their next love. It’s ok for it to not to be that, and to be more independent. Maybe it’s going out and getting drunk, and it’s not like a fairytale, sometimes its more shitty and pizza and that’s ok! That’s gonna be life for a while!”

With the single the band have announced their signing to Kanine and Memphis Industries, who will be releasing the band’s album in conjunction with Buzz Records on June 17th. In advance of the release the band will be heading to Austin for SXSW and touring in the US with Sunflower Bean.

Weaves began in a series of sessions in the living room of Water’s Chinatown apartment, where Waters and Burke would record increasingly elaborate demos built from Burke’s phone full of songs. They transitioned to a full band line up in late 2013, adding bassist Zach Bines and drummer Spencer Cole, and quickly set to work recording their debut EP which was released on Buzz Records in the summer of 2014.

Word continued to spread in 2015 with the release of their single “Tick,” ahead of the band’s first European tour, which included dates with Hinds, Dan Deacon and Pissed Jeans, and appearances at Glastonbury and Iceland Airwaves.

Weaves have been working on their debut LP for almost as long as they have been a band, tracking with Leon Taheny (Dilly Dally, Owen Pallett, Austra) in sessions that span most of the last two years. Mixed by Alex Newport (Bloc Party, Melvins, At The Drive In) and mastered by John Greenham (Death Grips, Sky Ferreira). “We’re always trying to push ourselves,” says Waters, “sometimes it feels like bands aren’t necessary, like they’re not the one’s pushing music forward, so I think we’re trying to hopefully prove that bands aren’t boring. If we are going to be a band and if we are going to do this guitar, bass and drums thing then we might as well see how much we can fuck it up.”