We Are Temporary debut “You Can now Let Go” 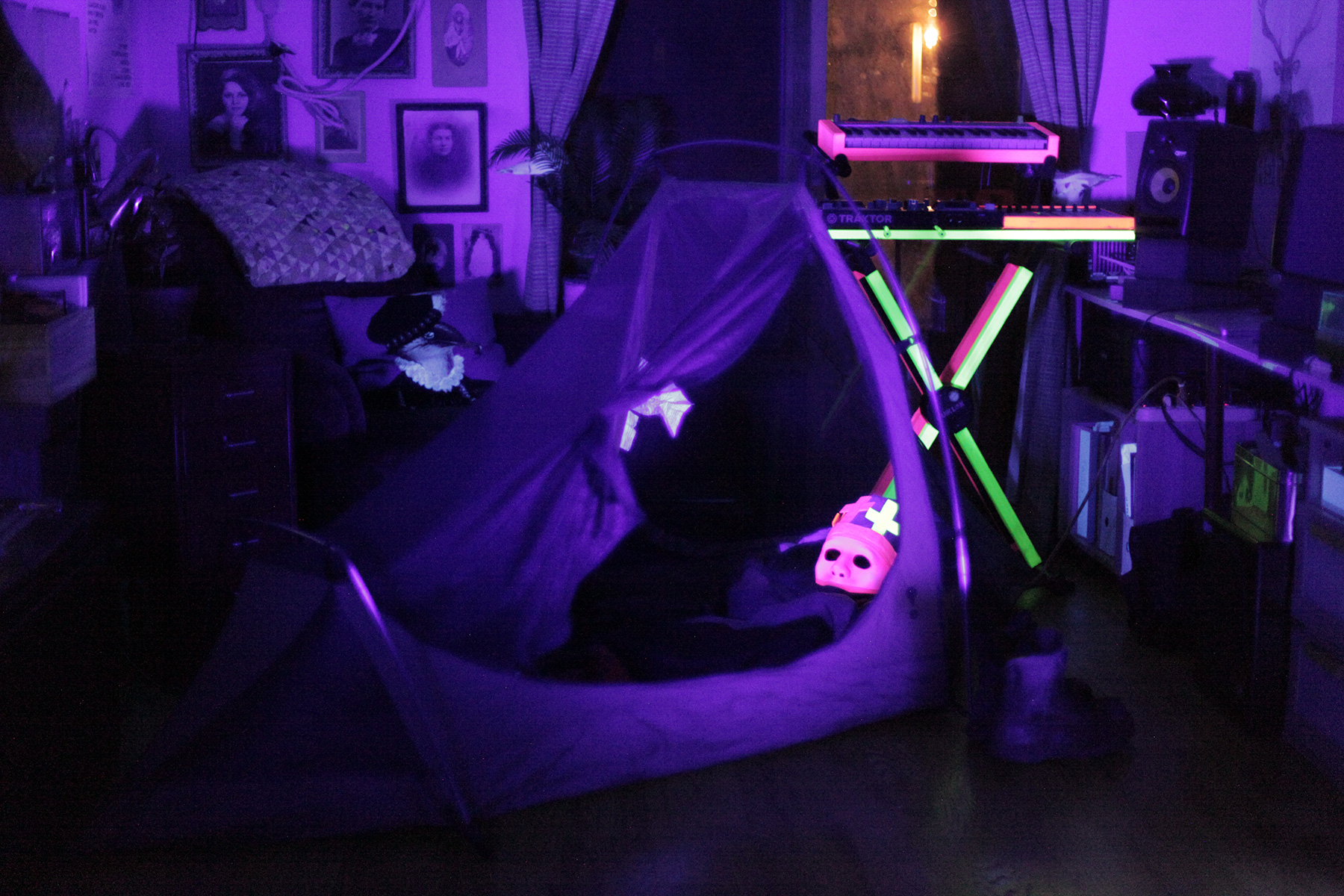 Following 2013’s Afterthoughts EP, Brooklyn electronic artist We Are Temporary is back with a video for his debut single “You Can now Let Go” that explores his own experience of dying. The dark and foreboding video and re-imagining of French short film Dans Mon Cocon—is a fitting first song from a debut album that explores the crossing from life to un-life.

For a long time Mark Roberts, the visionary behind We Are Temporary, saw death the way most of us do: a thought to be avoided, a fate to be delayed. The ultimate act of grace would be to die peacefully in one’s sleep. But a conversation with his mother changed his mind: “I’d like to be wide awake when it happens,” she announced one morning. “Dying seems like such an important event in life; I’d hate to miss it.”

After a series of disturbing dreams that felt more like premonitions, Robert’s faced his own near-death experience: a drug-fueled anxiety attack which landed him in the ER. Shock and confusion eventually gave way to acceptance and peace, which in turn birthed. Ultimately, both the video and hymnal melodies attest to the power of dignified endings: when interconnection, acceptance, and joy flood through you, it is a moment to celebrate, not escape.

We Are Temporary, the wired and weird brainchild of Brooklyn’s Mark Roberts, is as much the result of a musical obsession as a philosophical one. With boldly confessional lyrics and vocal deliveries funneled through nightfall beats and orchestral synths, We Are Temporary mines through the dark matter of personal experience: a near-death incident and debilitating anxiety attacks; a near divorce; a privileged, but tumultuous childhood in Europe’s opera houses; his humanistic atheism versus his wife’s devout Mormonism.

Raised in Germany‘s idyllic Rhein River valley by an American opera singer, Roberts spent his childhood playing hide-and-seek in the halls of Europe’s grandest opera houses, building dams in the nearby creak, and borrowing Skinny Puppy tapes from his babysitter. His mother’s passionate devotion to music inspired him to pick up the classical guitar at a young age, and he soon also began to experiment with early digital synths, MS DOS, and hissy multi-track tape recorders. He later studied music composition and philosophy at Northwestern University in Chicago, then evolutionary aesthetics at New Zealand’s University of Canterbury, and toured New Zealand and the United States with his former post-rock outfit The Enright House.

Since relocating to Brooklyn in 2009, We Are Temporary’s music has played sets at Brooklyn’s iconic Glasslands venue in 2014, and has also played many of NEw York City’s clubs, including The Mercury Lounge, Berlin NYC, Bowery Electric, Cameo Gallery, Trans-Pecos and many more.

The release date for Crossing Over is February 19th 2016 via Stars & Letters, through Itunes and Bandcamp.