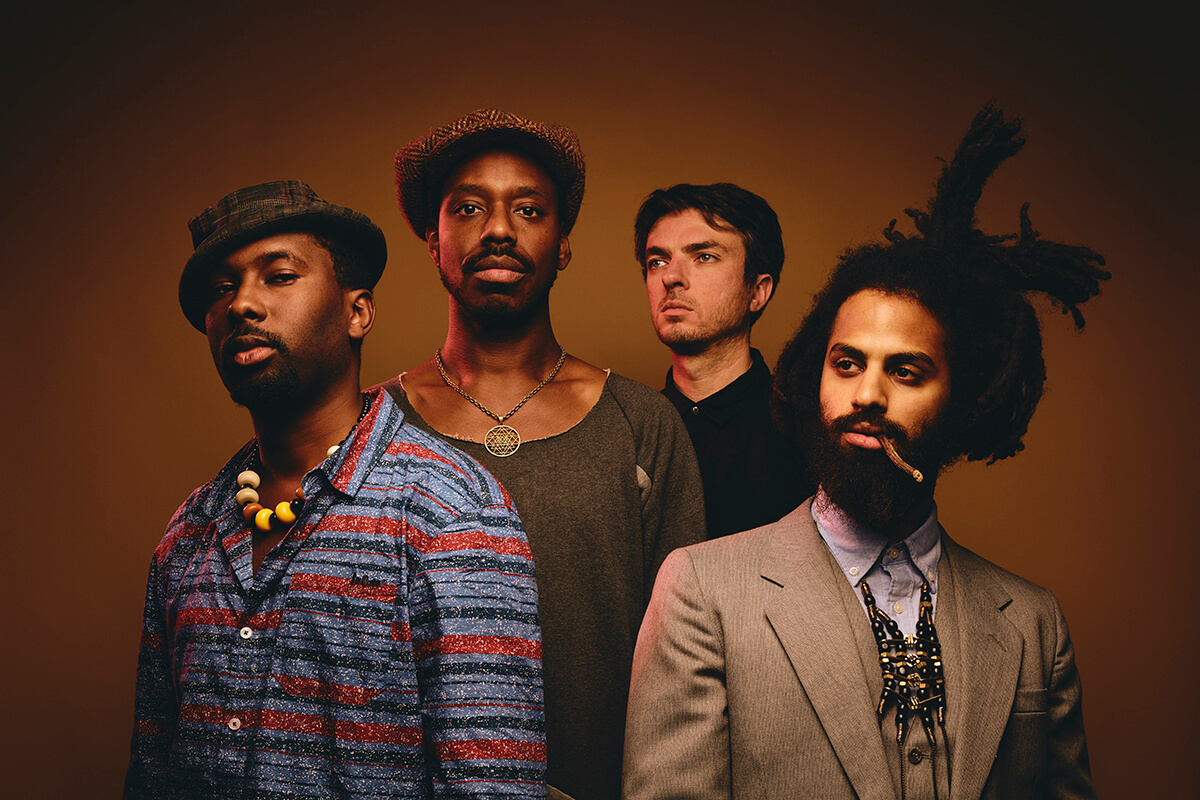 Sons of Kemet have shared Live From The Basement. The UK band's live show is now available to view on Youtube
Share on TwitterShare on PinterestShare on PocketShare on RedditShare on FacebookShare on Email

The Basement has re-launched with the announcement of new episodes for 2022 powered by WeTransfer, the company that provides workflow tools for creatives and Sonos Radio, the sound experience brand’s own music service. Debuting with IDLES on 1st June, the new series will feature exclusive performances from Sons Of Kemet, Warpaint, Caribou, Squid and Nilüfer Yanya, which will premiere on From The Basement’s YouTube channel between June and October this year. New episodes have been produced by Nigel Godrich (Radiohead, Arcade Fire, Beck) with partners James Chads and John Woollcombe.

Each episode release will be accompanied by an additional song performance per artist released exclusively to WeTransfer Premium and Pro subscribers with supporting editorial on WePresent, their digital arts platform. Audio versions of the performances will be launching exclusively on a new From The Basement station on Sonos Radio, Sonos’ own music service and music discovery platform, along with episodes from the archive.

“What a pleasure it has been doing this again! I’m still just a fan, still super excited to have the opportunity to film all these great artists and have loved making these new shows. After being so busy doing other things I felt that the time was right to rekindle this idea.. to somehow bring it into the present, but the same rules apply now as they did then… no audience or presenter.. just a direct connection with the viewer and a chance for us to take some time to do something special in a controlled environment.. The priority being to make it sound and look great… “ says Nigel Godrich.