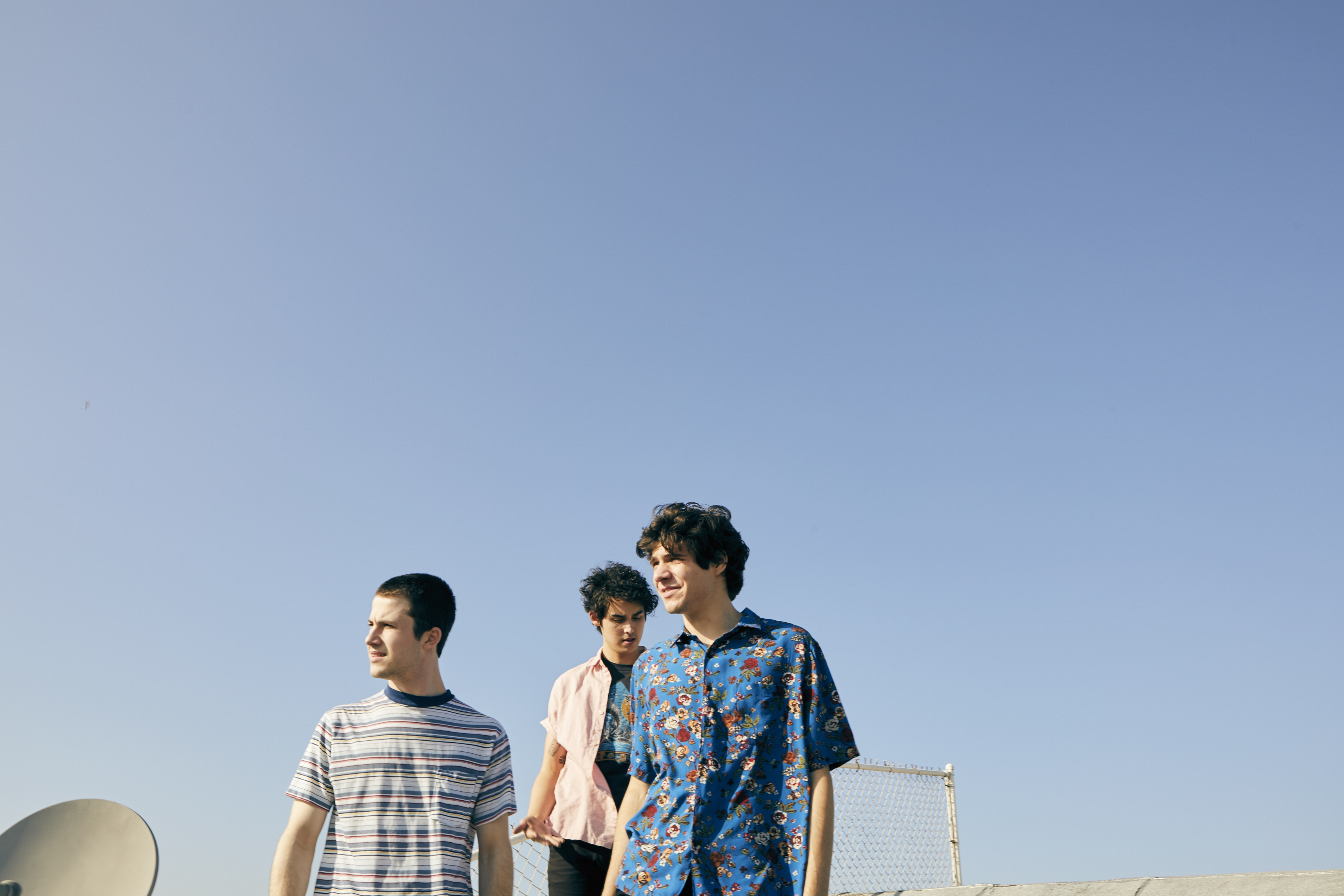 Despite appearing on the scene barely a year ago from already busy lives, Wallows success has truly been years in the making. Somehow with simultaneous acting careers taking off, Wallows has been productive enough to release their Spring EP and work on a full album in the last year. The California rockers have blended their classic roots with modern tastes and even attracted the likes of John Congleton to work on Wallows songs. We talked to Wallows members Cole Preston, Dylan Minnette and Braeden Lemasters about their wise work ethic and why horror is so important to them.

Northern Transmissions: Not everyone might be aware this started as a child band program for you all years ago, so how did it eventually evolve into Wallows?

Dylan Minnette: For a while we were just playing classic rock songs for fun, and doing shows at restaurants. Then Braeden and I started writing songs in that vein, and original material became part of it to. We started getting gigs in venues across L.A. and people were attracted to the idea that we were young kids playing music they’d loved growing up. For a while adults were really into us, then our friends started catching up and we decided to modernize. We changed our name when that happened, though not to Wallows yet, it just needed a change. We kept working on things and then last year when we changed to Wallows, things caught on, and that was also the first time we’d put out a song officially. It’s been such a long time, so our success feels more warranted now because we have clearly worked to get there.

NT: How did you end up working with John Congleton on Spring and what did he bring to the EP as a producer?

DM: We had admired John’s work for some time because he’s worked on so many great records. Our first four singles were recorded with a friend, but we knew this year for the EP that we wanted a seasoned producer to meld our sound more. We made a list of dream producers and John was somehow down. We weren’t sure if someone like John would take us seriously because we’d never done anything like that before. He just became a funny uncle to us, and he’s helped with the album we’re finishing up now. It was just a great part of accomplishing things this year we’d never dreamed of.

NT: And what inspired the vintage energy of “1980s Horror Film” considering how retro it feels?

Braeden Lemasters: That song came together pretty quickly one day writing, so that’s how it started. The production of it though, we never really knew which way to take it. There was an acoustic way and a more dreamy alternative way sort of like Alvvays. We ultimately decided in the studio to go with the acoustic vibe and then just layer a bunch of weird sounds throughout the track. We thought having these different strings and instruments that you hear on other listens would be cool. Actually we were telling John, it was like approaching it as The Cure in some parts and the Velvet Underground in others.

NT: How did horns make their way into some of your recent tracks like “Drunk on Halloween” and do want to use them more going forward?

BL: The horns entering our songs was never a thing we thought of, and none of us ever grew up with. It just happened on “Sun Tan” where I thought it would be perfect for trumpet solo. From there our friend Danny has played some, and we’re big fans of bands like Whitney who use it. We’re not trying to be a trumpet band but when it feels right we’ve got Danny there to do it.

DM: There can never be too many horns.

Cole Preston: The horns really did come in as this last minute idea that sounded good. We had finally known someone like Danny, so we thought it could work well.

NT: Given these recent single themes and the gore of “These Days” it seems like there’s definitely a predisposition to horror amongst you guys (note: Dylan was in Goosebumps & Don’t Breathe), is there anything particularly drawing you to this?

DM: We love and have always loved Halloween, for us it’s all of September and October. My house then is just Halloween decorations the whole two months. It’s not a choice, we just love it and I love horror films. It’s just what inspires us.

BL: They’re big for us, but especially this time of year there’s a whole feeling between fall itself and Halloween. We grew up knowing all the events and going to some of these events for about eight years now. It’s such a part of our lives that it’s going to seep into the music.

NT: You’ve also talked about still trying to find your sound in a way too, so does this mean a lot of constant experimentation for all of you?

BL: I’d say yes. I’m flashing back to myself at fourteen where I met with people about music, and they’d ask what your sound is. But I didn’t want a sound. We don’t ever think about making a song sound like this or that, it’s just what’s inspiring us at a certain moment. We definitely want to make a cohesive thing and not have different songs back to back.

DM: Sometimes we do haha

BL: Working with John though, he emailed us before the album. He said he wanted to check things out, and that only inspired us to push ourselves and him more. There’s no rules for us now.

DM: The album will definitely be more cohesive, though it will have a lot more going on. It’s going to be bound by that production, certain sounds and it’s going to be something complete from us. We’re letting our creative juices flow and seeing what sticks.

NT: With your multi-disciplinary careers and the hectic schedules that come with them, do you find in some way that kind of schedule makes the band more productive when you are together?

DM: Right now not exactly. This year alone we’ve made 20 songs in the studio, close to 25. We’ve recorded so many songs, so we’re closer to finishing up an album and putting that out. We don’t feel the pressure to productive on that anymore, we feel free now and see that we can do whatever we want.

CP: Now knowing we’re finishing. We’re less focused on writing and we’re looking at everything else to prepare for touring.

DM: I’m sure once we’re out there touring, that’s what’s going to inspire us to write again and make us want to get into the studio.