“Wait For You” Susil Sharma

Northern Transmissions is psyched to debut the new video from Montreal musician Susil Sharma, best known as the frontman of post-punk band Heat (RIP), steps into his own with the unveiling of his new solo project. Heavily indebted to acts such as New Order and The Jesus and Mary Chain, lead single ‘Wait For You’ finds Sharma crooning on one of his favourite themes: unrequited love. This is a subject upon which author could write a novel. The song is performed and recorded by Sharma with Adrian Popovich (Sam Roberts, Duchess Says) mixing and co-producing. Director John Londono crafted a melancholic, Death Valley-based, video which acts as the perfect companion to the song’s sun-soaked guitars and lovelorn drum machine.

Susil previously led Heat for 5 years, releasing 2 albums (2014’s Rooms EP and 2017 LP Overnight) and touring with the likes of Interpol and Alvvays. Heat’s blend of Loveless-era guitar drones and Sharma’s Lou Reed-esque baritone vocals earned critical praise, particularly from UK publications such as the NME and Guardian. Both elements remain at the fore of Sharma’s new music, though his maturation is evident in its broader musical and lyrical themes. 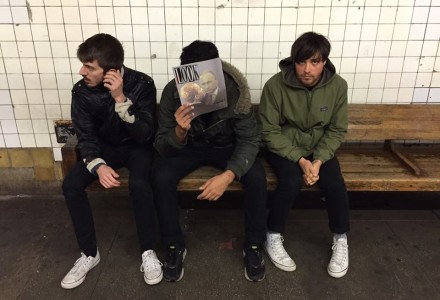 Interview With Susil Sharma From ‘Heat’