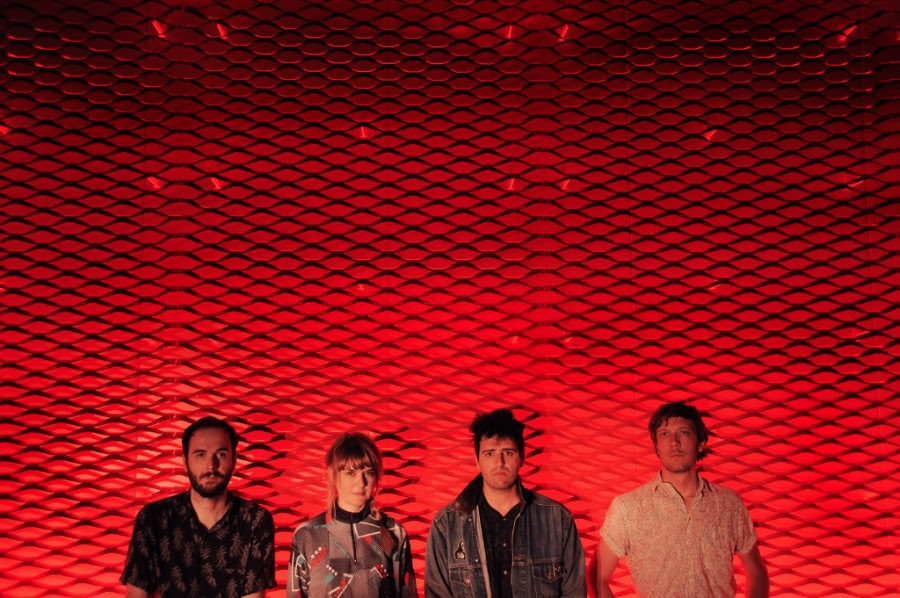 His Clancyness began life as the solo project of singer/guitarist Jonathan Clancy but has since found a new form inspired by the camaraderie of life on the road. The group has evolved into a collaborative tour-hardened minimal noise-pop machine that features Jacopo Beta’s propulsive drumming, Giulia Mazza’s alien synthesizers, the commanding low thump of Nico Pasquini’s bass playing along with Clancy’s trademark fidgeting guitar work and his usual stirring lyrical resolve.

Over the last two years the band have retired to their Bologna basement HQ, Strange City Studios to put to use the newly-honed aesthetic and write a new clutch of anti-hits. Here they conducted late-night 4track experiments, embarked upon curious sonic investigations, threw the odd party and emerged with fistfuls of inspired compositions that make up their compelling new album.

They approached both Matthew Johnson (or MJ as he is known as front man of krautrock band Hookworms) at Suburban Home Studio, Leeds and Stu Matthews (Beak, Anika, Portishead) at Portishead’s Invada Studio to capture the spirit of their experimentation and wrestle it into the succinct art-pop LP that you hear today.

Isolation Culture is a record from another place. It could be a recording snatched from a wormhole to a parallel universe where weathered Bowie statues pepper the abandoned city streets and Swell Maps’ music is piped into empty runaway subway cars. Maybe it’s the final psychedelic transmission from a radio station in flames or maybe it turned up on your lawn, delivered by an overnight tornado from somewhere that no longer exists.