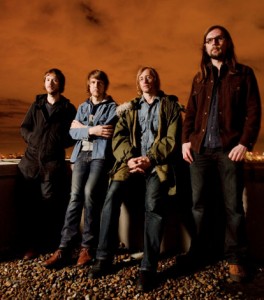 Wolf People will embark on their first ever North American tour dates with Unknown Mortal Orchestra in October. The two week run will take them around the East Coast, Canada and the Midwest. The band has announced today that they have added new headlining dates in New York, Philadelphia, Bloomington, IN, and Chicago. Check out the full list below.

Wolf People are a truly authentic British rock band. They are not some polished band from London that could just as easily be from New York. Wolf People’s members hail from Bedford, and North Yorkshire and their latest album Fain was recorded in an isolated house in the Yorkshire Dales. English and Scottish folk melodies slip into the mix and the English landscape and its lore is deeply saturated into Wolf People’s classic rock sound.