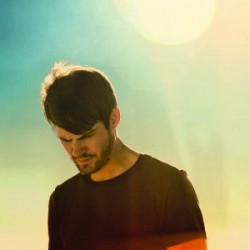 Following a 2013 that saw Tycho (aka Scott Hansen) bringing a sensory-rich live show to people around the world, he has been hard at work to the anticipated follow up to 2011’s breakthrough album Dive that will be coming in 2014. Until that time, Tycho has shared the brand new track “Awake” today, and listeners will notice the more organic, almost tactile elements of the track highlighted with layers of live instrumentation that serve to enhance the signature Tycho mood.

Tycho has announced a month of November tour dates as well, which include stops at the Fun Fun Fun Fest in Austin, as well as stops in Salt Lake City, St. Louis, Nashville, Phoenix, as well as a hometown show at the Bill Graham Civic Auditorium in San Francisco with Pretty Lights, amongst others. See below for the tour flyer and full list of tour dates.

While his formative years were spent listening to everything from Yes to Photek, Scott Hansen didn’t get his hands on an actual guitar or drum machine until he left his native Sacramento for San Francisco in 1995. “Encountering this whole new world at 20 years old was a profound experience,” says Hansen, better known by his musical pseudonym Tycho and as the graphic artist ISO50. “At the time, I was just learning the processes of design and music; both felt very similar, and have flowed back and forth for me ever since.”

“Nostalgia is a common thread in my work,” says Hansen, “but this album wasn’t driven by that idea. I see these songs as artifacts from a future which might have more in common with our past than our present.”