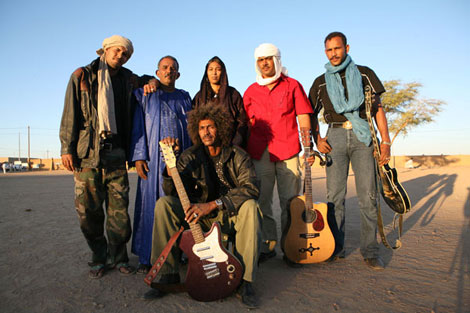 TINARIWEN, have announce details of their forthcoming release Elwan, the full-length arrives in stores on February 10th. The band has shared an animated video for the track “Tenere Taqqal.” The word Ténéré means empty land or desert in Tamashek. The clip, directed by Axel Digoix, vividly depicts the contrast between the desert’s lack of hospitality and the love its inhabitants feel towards it, the Tuareg spiritual world and the tenacity this ethnic group needs to survive and keep moving forward, upstream.

In recent years, TINARIWEN’s homeland, a Saharan mountain range between north-eastern Mali and southern Algeria, has been transformed into a conflict zone. While the songs on the new record evoke those cherished deserts of home, they were recorded a long way away in two distinctive bursts.

In 2014 the band stopped at Rancho de la Luna studios in the desert of California’s Joshua Tree National Park. While location proved particularly propitious in terms of creativity, the human climate was just as favorable, as musicians dropped by to add their own touch. Guitarist Matt Sweeny (Johnny Cash, Bonnie Prince Billy and Cat Power), Kurt Vile, musician Alan Johannes, who produced Queens of the Stone Age, a band with whom Mark Lanegan, the other guest has been a singer. All of it honed by engineer Andrew Schepps, who has worked with the Red Hot Chilli Peppers, Johny Cash, and Jay Z. Two years later in M’Hamid El Ghizlane, an oasis in southern Morocco, near the Algerian frontier, the band set up their tents to record, accompanied by the local musical youth and a Ganga outfit (a group of Berber ‘gnawa’ trance musicians). 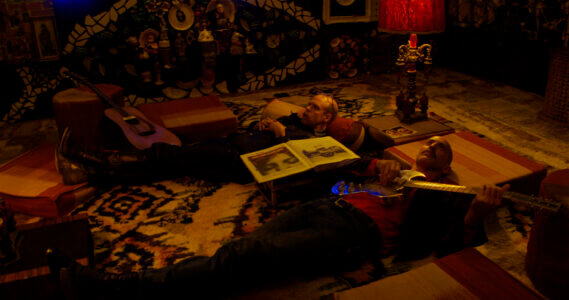