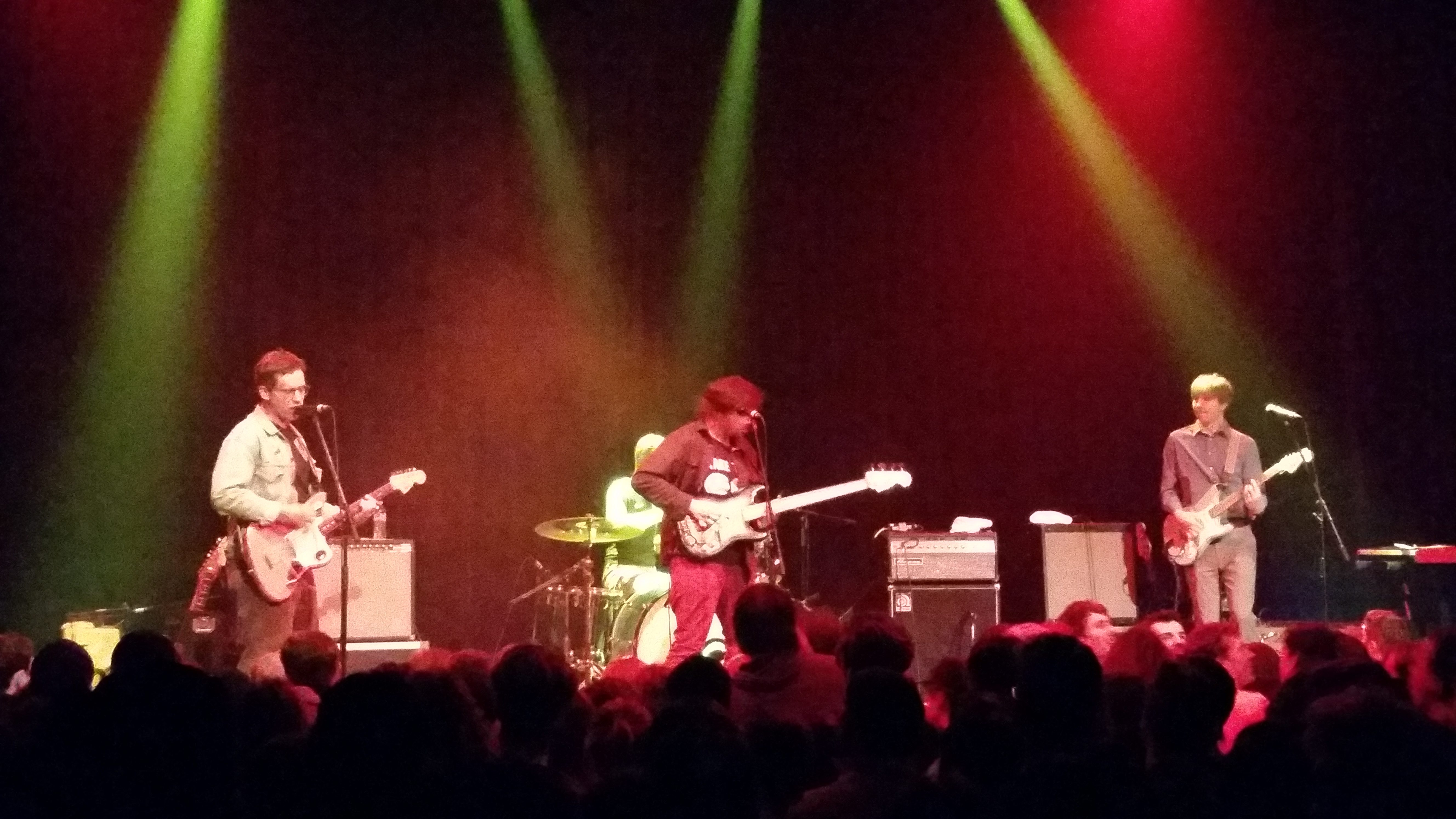 Parquet Courts and the Thurston Moore Group made their returns to Vancouver last night (Feb. 15th) with a sold-out co-headlining show at the Imperial. As if that pairing wasn’t stacked enough already, San Francisco supergroup Heron Oblivion opened the night with psychedelia that woke from slumbers into mighty roars.

Drummer/singer Meg Baird (Espers, Watery Love), bassist Ethan Miller (Comets on Fire, Howlin’ Rain), and guitarists Noel Von Harmonson (Comets on Fire) and Charlie Saufley (Assemble Head in Sunburst Sound) positioned themselves in a line. From this formation, their noise rose like tides, each hit of Baird’s drum a stone dropping into murky water. Classic rock ‘n’ roll riffs kicked as hard as they could from beneath a mire of sludgy pedal effects and feedback.

Over the next hour, the Thurston Moore Group – Steve Shelly and Thurston Moore of Sonic Youth, My Bloody Valentine bassist Debbie Googe, and English guitarist James Sedwards – divided the crowd. A sizable contingent of fans seemed to have left after the band’s set, leaving some of other fans around me who had nothing but disparaging ageist remarks about Moore bewildered.

But such attitudes would have left the majority of the crowd bewildered. True, there was growing restless towards the Thurston Moore Group’s final two (of six songs) songs – a lot of people shuffled up and down the stairs – yet every song was met with applause and whoops of appreciation. Each member played with serious intent, together a tightly wound machine. There were lucid moments too, like on the dreamy opening of “Turn On”, but the Thurston Moore Group were all about the riffage. Fans grew increasingly eager to let loose with Parquet Courts.

Although less rowdy than other Parquet Courts shows I’ve seen (with far fewer aerial beverages), the stagediving began during second song “Dust”. Singer Andrew Savage used his arm to cut off a security guard who tried to apprehend a diver.

Parquet Courts moved swiftly from fan favorite to fan favourite, often without pause: the hypnotic “Ducking & Dodging”, firecracker “Light Up Gold II”. The string of “Master of My Craft” into “Borrowed Time” into “Careers in Combat” was a particularly high-voltage jolt. “One Man, No City” deserved its own recognition: I sensed a bit of vocal affectation by singer/guitarist Austin Brown, but combined with his button shirt, trousers, lankiness, and physical gesturing, he came off like David Byrne; never mind that the song, especially with its bongos and upbeat groove, sounded like Talking Heads too. The band jammed on “One Man, No City”, their longest song of the night, and intermittently slipped into runaway spasms of guitar noise like (excuse the common comparison) the Velvet Underground.

This show was about new material though. Parquet Courts opened with a song Savage had spoken about before called “Total Football”. True to his words, “Total Football”, “Normalization”, and a couple of other new ones were raw rippers that paid tribute to the band’s love of American hardcore. Bass was the star on many of these songs: Savage and Brown jumped in with bursts of guitar, but bassist Sean Yeaton got in some brief solos. Savage yelled so hard, his voice became hoarse.

Parquet Courts also showed their appreciation of the “legends” (to quote Savage) they shared the bill with: Thurston Moore Group and Heron Oblivion. “Kinda feels like I’m getting away with something being up here honestly,” Savage said. With no encore, Parquet Courts closed the night on a slower note with “Uncast Shadow of a Southern Myth”.

Photos and words by Leslie Chu 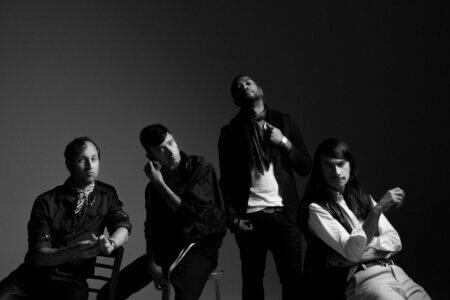