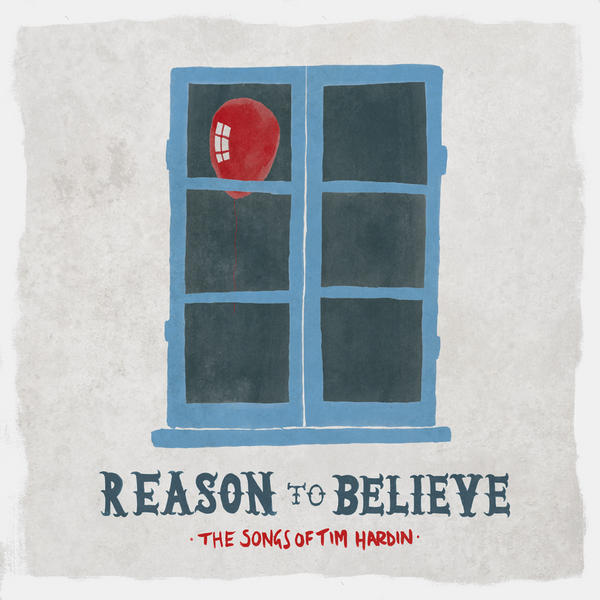 Acclaimed Oregon troubadour Tim Hardin is one of the most influential and respected singer-songwriters of all time, not that the man himself cared much for the title. “My songs aren’t personal,” he insisted before his death in 1980. “They sound it ‘cos it was me who revealed them, but it was my head that got the lightning shot through it.” An interesting choice of descriptive, seeing as how for his many devotees, his bewitching folk music has the same knockout power as a ten thousand volt lightning strike from the sky – instantaneous, bruising, beautiful, electrifying.

Among those devotees are some of the most exciting alternative voices of the last fifty years – like Nick Drake and Tim Buckley before him, Hardin was a musicians’ musician, the inspiration behind a great many artists whose limelight he never procured for himself. Johnny Cash, Paul Weller, Rod Stewart, Echo and the Bunnymen, Scott Walker, Nico…Hardin’s music has been covered by countless icons of contemporary counter-culture. Now that tradition is set to continue with the release of Reason To Believe, a tribute album collecting specially recorded cover versions from the impressive likes of Screaming Trees legend Mark Lanegan, the beguiling Hannah Peel, indie favourites Okkervil River and many more.

“So many people’s entry point to Tim has been through cover versions,” says Full Time Hobby co-owner Nigel Adams, responsible for the release. “It felt fitting to bring his songs up to date with contemporary artists approaching his music with the hope listeners would then go beyond the well known and dig into some of the wealth of songs he wrote and recorded”. The album comes as a sequel of sorts to the label’s 2006 release, Dream Brother: The Songs of Tim and Jeff Buckley, and is the next in a gradual series of releases that puts the spotlight on artists whose impact was more profound than their fame would suggest, whose names may have drifted into obscurity but continue to burn brightly in the hearts and record collections of many music lovers.

But Reason To Believe is more than an opportunity to pay lip service to one of the most gifted and overlooked talents in generations, with its artists (in the true spirit of Hardin) getting creative with the songs. The record begins with Wellington cinematic-pop types The Phoenix Foundation and a dazzling reworking of “Don’t Make Promises You Can’t Keep”, the ’60s groove and strummed guitar of Hardin’s original replaced by a tsunami wash of post-rock pianos and airy vocals. From there, the good times keep tumbling. Sam Genders’ Diagrams turn the tender “Part Of The Wind” into an electronics epic guided by 16-bit bleeps and ghostly synths, while Smoke Fairies offer a broody, smokey, intense take on“If I Were A Carpenter” that burrows its way into your psyche.

Reason To Believe – The Songs Of Tim Hardin (out physically 2/26 on Full Time Hobby) tracklisting:
1. The Phoenix Foundation – Don’t Make Promises You Can’t Keep
2. The Sand Band – Reason To Believe
3. Mark Lanegan – Red Balloon
4. Diagrams – Part Of The Wind
5. The Magnetic North – It’s Hard To Believe In Love For Long
6. Alela Diane – How Can We Hang On To A Dream
7. Snorri Helgason – Misty Roses
8. Sarabeth Tucek – If I Knew
9. Okkervil River – It’ll Never Happen Again
10. Smoke Fairies – If I Were A Carpenter
11. Gavin Clark – Shiloh Town
12. Hannah Peel – Lenny’s Tune
13. Pinkunoizu – I Can’t Slow Down