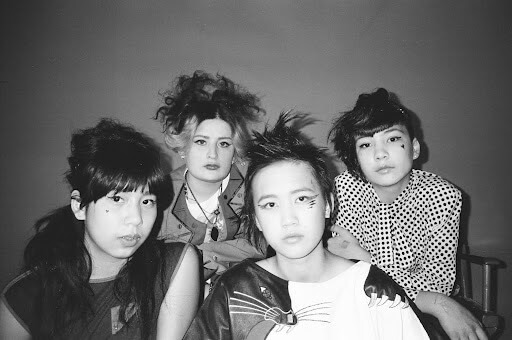 The Linda Lindas have released a new video for “Why,” a track off their Carlos de la Garza (Best Coast, Bleached) produced debut album Growing Up, out now via Epitaph Records. The video, directed by Elizabeth Ito and Suzie Vlček, features Kathleen Hanna as the voice of the interviewer and story and character design by the band’s Eloise Wong.” Earlier this week the band performed “Oh!” on The Tonight Show Starring Jimmy Fallon. Band member Mila De La Garza, at age 11, was also the youngest musical performer in Tonight Show history.

“The ‘Why’ music video is a tribute to The Decline of Western Civilization, the legendary 1981 documentary about L.A. punk by Penelope Spheeris, and Spirited Away, one of our favorite Miyazaki movies. it is set an an imaginary Save Music in Chinatown show, part of the series of all-ages matinee fund raisers for music education at Eloise’s school, where we played some of our earliest gigs with some of the musicians from Decline––Alice Bag, Phranc, Keith Morris, Chuck Dukowski––who are now our friends. The art was drawn by Eloise, the flyers are real, and no dessert was wasted!”

The Linda Lindas first played together as members of a pickup new wave cover band of kids assembled by Kristin Kontrol (Dum Dum Girls) for Girlschool LA in 2018 and then formed their own garage punk group soon after. Sisters Mila de la Garza (drummer, now 11) and Lucia de la Garza (guitar, 14), cousin Eloise Wong (bass, 13), and family friend Bela Salazar (guitar, 17) developed their chops as regulars at all-ages matinees in Chinatown, where they played with original L.A. punks like The Dils, Phranc, and Alley Cats; went on to open for riot grrrl legends Bikini Kill and architect Alice Bag as well as DIY heavyweights Best Coast and Bleached; and were eventually featured in Amy Poehler’s movie Moxie.

The Linda Lindas went on to self-release a four-song EP, make their own videos and grow a following beyond Los Angeles. But they never expected or could have even dreamed that their performance of “Racist, Sexist Boy” for the Los Angeles Public Library in May 2021 would put them smack in the middle of the cultural zeitgeist. “It can be comforting, in times like these, to be slapped cold by undeniable truth. And so it is with The Linda Lindas a band made up of four Asian and Latina teens and tweens [who] have generated a significant wave of attention in the three years since the band was founded,” said the New York Times. “And this new song, which Eloise said was inspired by a real-life experience, is a needs-no-explanation distillation of righteous anger. It’s severely relatable.”

The Linda Lindas will play headline shows in Los Angeles at The Troubadour on April 10th and New York City at the Mercury Lounge on May 1st – both shows sold out immediately. They also have U.S. dates opening for Jawbreaker in the spring, and festivals in Oakland, Las Vegas, and Japan.

Order Growing Up by The Linda Lindas HERE 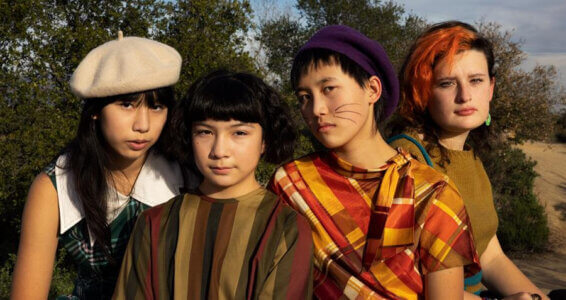