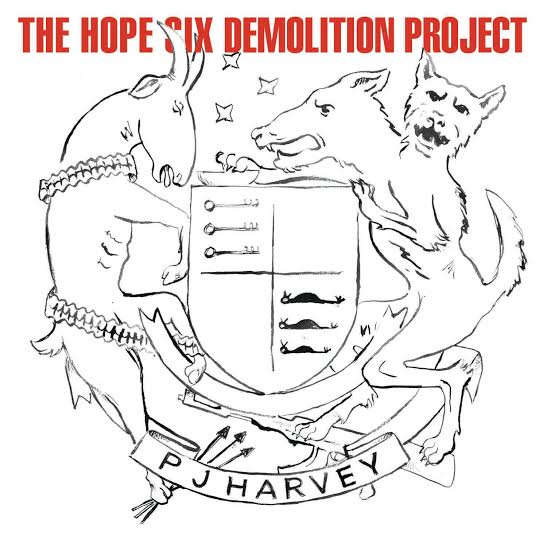 It now being a full five years since PJ Harvey released her award-winning and awe-inducing Let England Shake, word of a new full-length from the iconic English singer-songwriter was bound to have her fan base salivating ravenously. To be fair, they already were back in the beginning of 2015, when Harvey had announced she’d be conducting public recording sessions at London’s Somerset House as part of an art installation. Harvey, producers Flood and John Parrish, and a team of musicians worked behind a one-way mirror, with interested parties able take a peek at the creative process. The songs would be premiered live in London that October, with the results now taking shape as The Hope Six Demolition Project.

While the fans may be ready, Washington, DC politicians weren’t as excited when the record’s “The Community of Hope” was leaked in March. The song is based on Harvey and photographer Seamus Murphy’s guided tour of the Ward 7 area of DC, shown to them by Washington Post writer Paul Schwartzman. Despite the damned gleeful presentation of strummed chords, sing-along vocals and what may be the gentle plunk of a marimba, the song has Harvey analyzing the effects of the HOPE VI program of the ’90s, which demolished public housing to, as she sings, “sort of rejuvenate everything.” She also reports that it’s currently a “drug town” full of zombies, and that the local school “looks like shit-hole.” While sung quite cheerily, there’s multiple layers of discomfort and sarcasm to the closing refrain of “They’re gonna put a Walmart here,” apparently a direct quote from Schwartzman.

After the song went live, politicians running for a council seat in Ward 7 criticized the single’s take on poverty and gentrification, with candidate Vincent Gray’s campaign treasurer, Chuck Thies, quipping a vitriolic:  “PJ Harvey is to music what Piers Morgan is to cable news.” More hopeful, as it were, was Grant Thompson, who suggested that Harvey “needs to see more of the city.”

All told, “River Anacostia” is another of the record’s many region-specific pieces. With respect to Harvey’s classic To Bring You My Love number, this new tune also finds her “Down By the Water.” This time, a cyclical pump of a circus organ supports a floating vocal detailing the polluted Anacostia River, which is apparently “flowing with poisons from the naval yards.”

The booming, brass-backed bop of “Medicinals” takes the narrative to the nearby National Mall, where a woman in a wheelchair sips, from a brown paper bag, “a new painkiller for the native people.” Similarly, a junked-up sax solo distorts and cracks the steady, staccato slam of the positively chilling “The Ministry of Defence.” Mid-way, Harvey offers up a jarring, matter-of-fact, list-style verse alluding to “syringes, razors, plastic spoons, human hair, a kitchen knife and the ghost of a girl who runs and hides.”

While The Hope Six Demolition Project also includes DC-minded pieces like the folky “Near the Memorials to Vietnam and Lincoln,” album standout “The Wheel” journeys off to Kosovo. The tune itself may be the most infectious on the LP, coming together with a clap-heavy rhythm, hotly honked horns, and a bittersweet finale somewhat recalling the Rolling Stones’ “Gimme Shelter.” A war-affected piece, it’s allusion to vanished children and a government building marked with “8,000 sun-bleached photographs” is one of the record’s most striking and heartbreaking visuals.

There’s plenty of bleak moments on Harvey’s The Hope Six Demolition Project, which could lead one to consider the “hope” of the title to be a bit sarcastic. On jazzy, spectral shuffle “A Line in the Sand,” Harvey seems to convey how our best intentions don’t necessarily lead to a perfect outcome (“We got things wrong but I believe we also did some good”).

The song does, however, have Harvey’s falsetto offering up a conciliatory “I believe we have a future to do something good.” While chances are they won’t throwing their support behind the musician any time soon, council members in Ward 7 looking to shape their community for the better may well agree on this point. 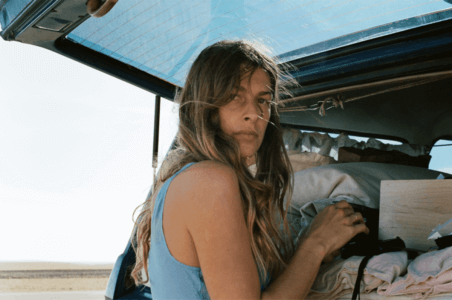