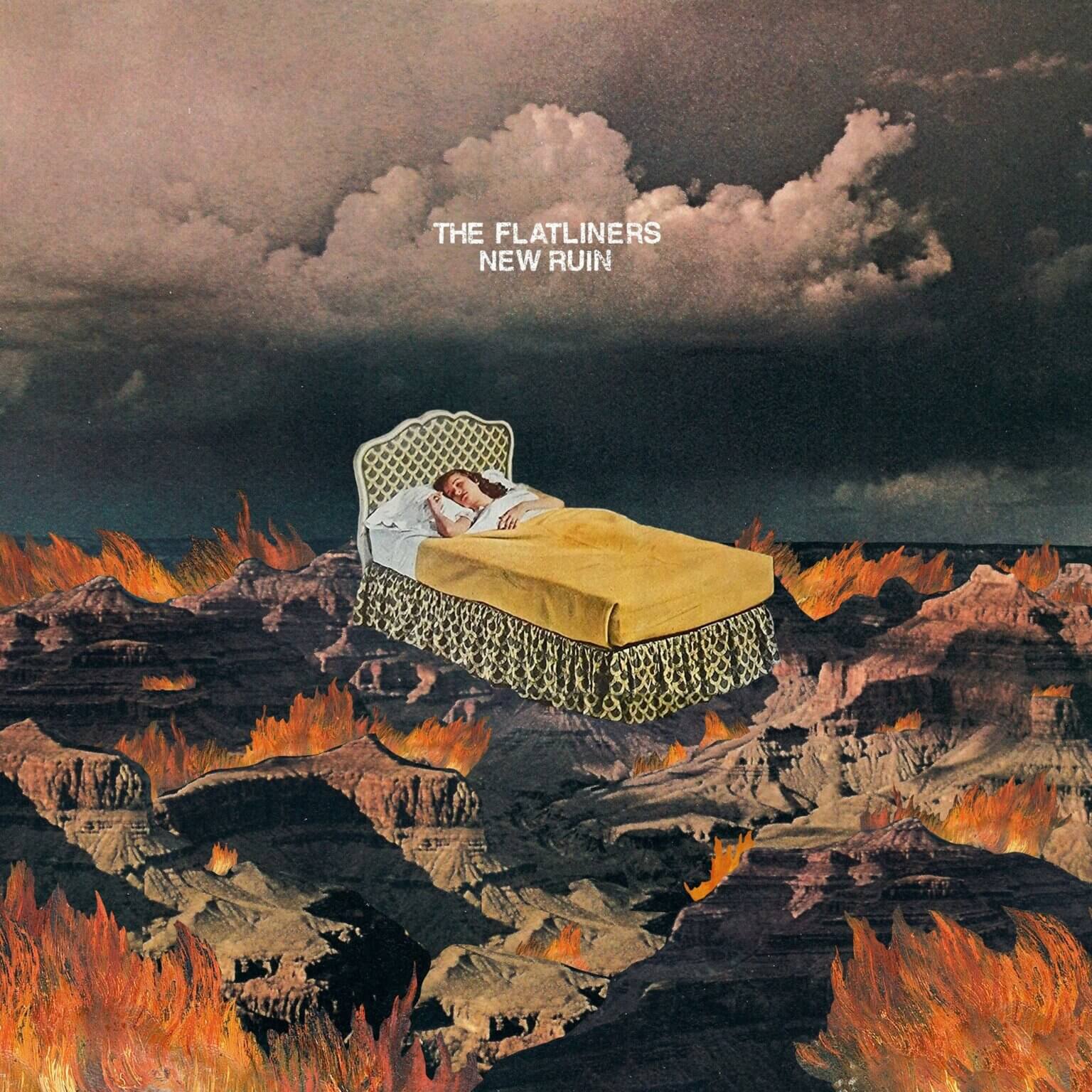 The Flatliners announce New Ruin Album, the LP drops on August 5, via Dine Alone
Share on TwitterShare on PinterestShare on PocketShare on RedditShare on FacebookShare on Email

The Flatliners have officially announced that their sixth studio album New Ruin will be released on August 5, 2022 through Dine Alone Records in Canada. Alongside the album announcement, the influential four-piece, who are celebrating 20 years of making music together this year, share the infectious, thought-provoking lead single and video “Performative Hours”.

On the meaning behind their latest single, vocalist/guitarist Chris Cresswell had this to say, “There’s a desperation that’s run rampant within us as people, and it’s the need to be validated. A shadow of what’s really real, a version of the truth, a performance at all hours. As the world around us grows more mechanically able to connect, us as people will abuse that power to simply brag or complain, feverishly attempting to create a moment instead of just enjoying one. It feels as though we’ve found ourselves in an age of insincerity, with people putting in the hours for nothing more than upholding an image. Time now ticks in performative hours.”

The first offering from New Ruin arrives with a satirical video conceptualized by The Flatliners and directed by Mitch Barnes. The well-crafted visuals for “Performative Hours”, which are rife with social commentary, perfectly compliment the song’s observational lyrics. The video centers around the complicated protagonist Ron Regal, who is described by the band as, “Mr. hanging-on-by-a-thread himself, Ron Regal, the most tumultuous host working in television today”. Played by Rodrigo Fernandez-Stoll, “Ron is trying his absolute best while doing his undoubtedly worst,” shares Cresswell. “Enjoy the white-knuckle ride while each guest on the telecast catastrophe known as ‘The Performative Hour’ wonders how the hell they got there and what on earth will happen next.”

The Flatliners forthcoming release New Ruin, is described by the band “as a shot of pure adrenaline targeted at outdated institutions and ideologies”. The LP Features their heaviest songs to date, New Ruin sees The Flatliners attacking each new track with a ferocity and intensity that will surprise even long-time fans. From the discordant hits that open the album through the de facto thesis statement of “Heirloom.”

At the same time, they’ve never been more in control. Produced by Cresswell along with the rest of the band, songs like “Performative Hours” and “Recoil” boil with livewire post-hardcore energy while “Souvenir” and “Big Strum” offer a more tightly coiled aggression that hints at the band’s anthemic punk past. Recorded at Toronto’s Noble Street Studios and Genesis Sound with long-time friend and engineer Matt Snell, the album sounds both open and immediate, the cumulative effect of two decades performing together.

Brought to life by what Cresswell calls a “dream team” with mixer Anton DeLost and mastering courtesy of the Blasting Room legend Jason Livermore, New Ruin deftly combines the pop ambition of Inviting Light with an aggression the band has only hinted at before, giving in to their gnarliest tendencies. It’s an approach the songs – and the moment – demanded. Take “Heirloom.”

“It’s hate mail to the previous generation,” says Cresswell. “All their brilliance and ingenuity has just left our generation and future generations in the dust and unable to afford the world we live in, with this enormous emotional and environmental toll. It’s so demoralizing.” But amidst the rubble of the modern hellscape, the band isn’t without hope. Album closer “Under A Dying Sun” offers its own version of solace and salvation, bringing the crashing album to a close with a thoughtful grandiosity that hints at some light at the end of the tunnel.

It might be because, despite the darkness, The Flatliners were having fun for the first time in a long time. Producing themselves, recording with friends, and playing music together after almost 600 days apart – their longest stretch since forming in 2002 – New Ruin is also the sound of a band rediscovering the joy of making something meaningful together. Cresswell calls it a gift.

“There is another side to the negativity that lives on this record,” he says. “It’s also a powerful time. So many more people are talking about things that really should have been talked about a long time ago. It’s one step in the right direction. Art and music can be part of that. We all kind of fucked up, so we can try to fix it. It’s not too late, but it’s almost too late. It’s almost too late.”