UK producer Kevin Martin, aka King Midas Sound — is ready to unleash his follow-up to 2008’s London Zoo. Entitled Angels & Devils and set for release on August 26th via Ninja Tune, the record explores the duality between of light and dark, good and evil, and life and death. Joining Kevin on the record are a host of collaborators, including Death Grips, Liz Harris (of Grouper), Gonjasufi, Justin Broadrick (Godflesh/Jesu), copeland (Hype Williams), Flowdan, Miss Red, Manga, and Warrior Queen.

To celebrate the release of the record, The Bug has released clips from “Save Me” feat. Gonjasufi and “Fuck A Bitch” feat. Death Grips. Listen to the clips at atwarwithtime.com (embed code here).

With recent reports from various think tanks predicting we have somewhere in the range of 15 years left before the collapse of society begins, it would seem like Kevin Martin’s sonic predictions of dystopian London that were set out on 2008’s London Zoo were pretty accurate. And if we are in fact declining rapidly to chaos, there’s no better time then the present to take the focus of that sonic assault from earthly domains and blast it to the netherworlds above and below.

The aforementioned London Zoo is where Kevin Martin, found his true voice. Pulling the fringes into a collective, unilaterally hateful assault. A psychological warfare driven by bass that on one hand captured a moment of London, yet also encapsulated a global message influenced by years of timeless and classic out-music.

The concept is completed by the the record is packaged in, courtesy of Simon Fowler (Cataract). Known for his work for Sunn O))), Earth, and others, Simon has delivered a stunning hand-drawn illustration, that would make Bosch proud, showing the duality of the proceedings. 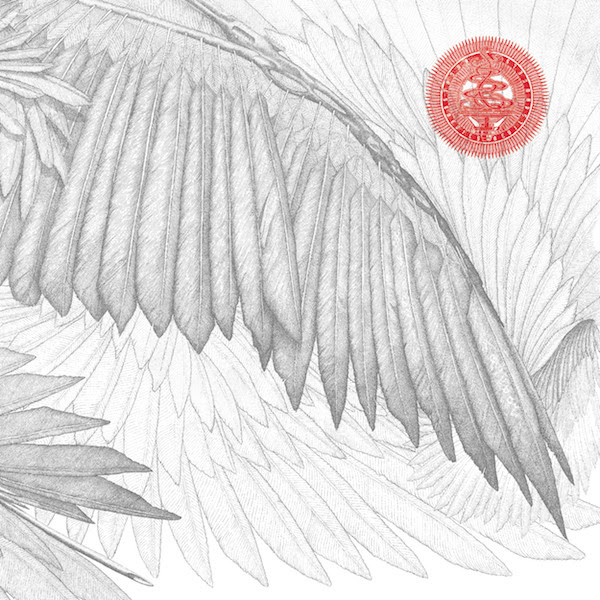