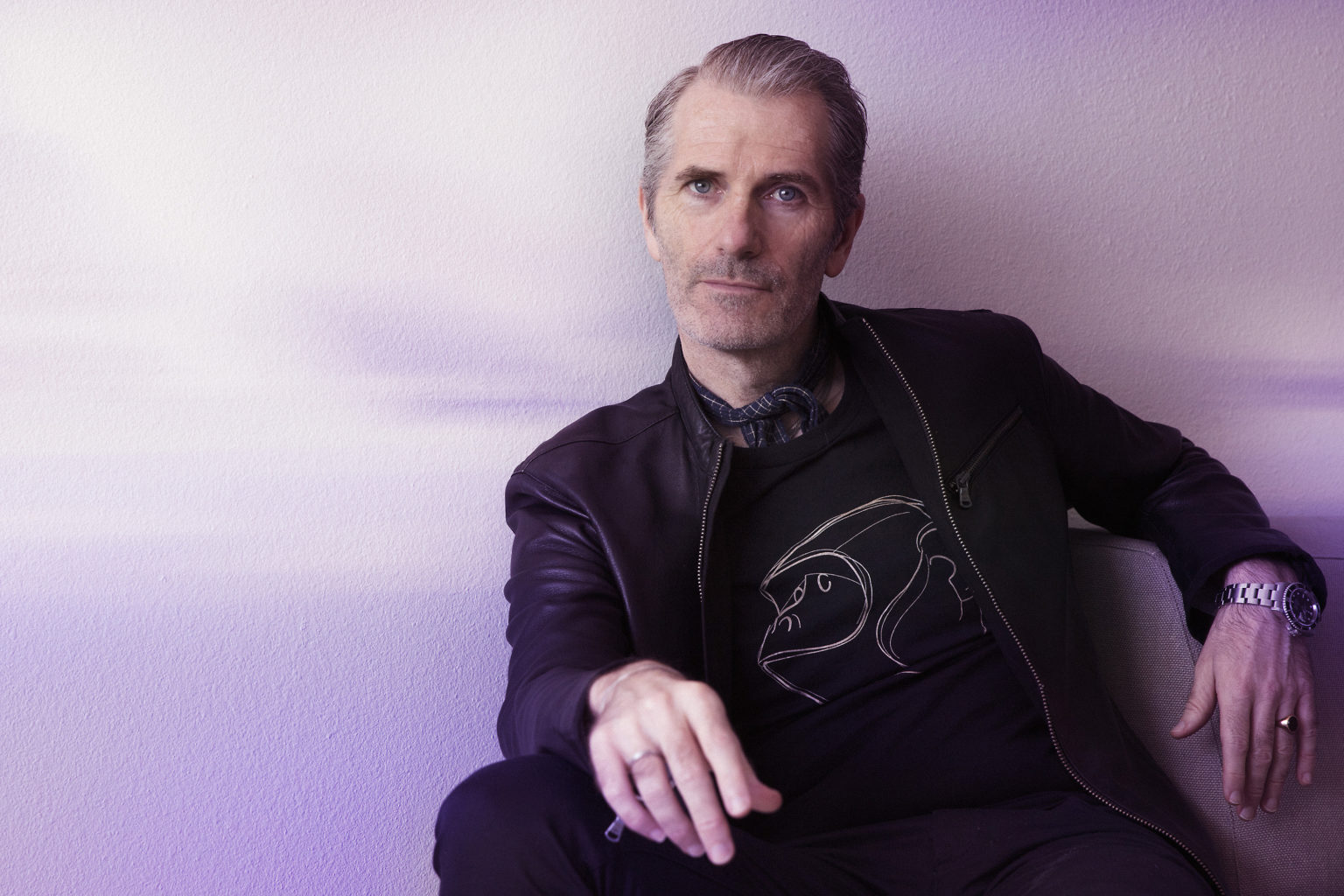 Matthew Bannister AKA: The Beautiful Fear, is the Brooklyn/Miami-based, English producer/musician—having spent a stint in rehab, where he not only re-connected with himself, but also came to find expression for darker traumas. The artist has returned with The Waltz of the Moonshine Blind, a 1 hour and 23 minutes, which drops on August 28th. The body music was crafted from, and over, a ten-year process.

“The Beautiful Fear,” whose narrative details the struggles of mental health and breaking the cycle of addiction. Turbulent emotions are layered, etched and textured “cine-manically” while he wrestles with an ambiently hopeful yet atavistic longing. It’s a brave stance from an artist who has decided to make himself vulnerable in terrifically raw ways to the audience. But there’s more to it than just a spontaneous confessional. Bannister elaborates, “I coined the term ‘The Beautiful Fear’ in an attempt to describe the terrifying yet beautiful process of change one makes in life to try and find a better version of oneself. The good days are on the other side of the fear.”

Clocking in at an epic yet tight 8 minutes, “The Arndale Whale” is the first single and reflects the overarching themes beautifully, serving as a primer for the full album which dives into the deeper experiences of ego, deceit, guilt, shame, faith, denial and sexual abuse. The soundscape of The Beautiful Fear could be termed ‘Punk Floyd’. It’s raw, yet has a vast, beautiful and ethereal sense of sweeping space about it.

“To write a complete yet abstract musical narrative as a process of my ongoing experience from the depths of dependency to recovery was an incredible challenge I set myself,” Bannister reveals. “It required incredible focus and discipline. It’s been cathartic. It’s my recovery as music and it’s ongoing. The process was a bit like digging up a box I had long ago buried, only to discover other boxes I had buried that I couldn’t remember at all. Each song represents a certain stage. Some are progressive steps, some deal with relapse and shame. It was important for me to dig up the entire struggle and try and articulate it though music. This is my program.”

Augmenting the aural message is a powerful and unconventional video accompanying “The Arndale Whale” – a highly abstract, collaged narrative constructed from vintage footage and contemporary clips of himself which is more of a fine art piece than a garden variety music video. The song’s theme is the “question of addiction as disease” and how relapse is often brought on by overwhelming nostalgia—in this case brought on by returning in adulthood to a place only to discover that the anchor of one’s childhood (the Arndale Whale) had disappeared.

“I assume most artists set out to make a ‘‘music video’, whereas I purposely set out not to. Revisiting places from your past is precarious territory in recovery,” he explains. “Nostalgia and that sense of the loss of what could or should have been can get the better of you. It did. ‘Arndale Whale’ is essentially about that.” The video also operates as a flashback, retelling the story of sexual abuse Bannister experienced at school as a ten-year-old. It’s an open criminal case, filed at the Thames Valley Police Station in 2018. “Unpacking the past is a big part of recovery. Making sense of it all rather than continually self-medicating to create a barrier between oneself and the buried issue.”

Each song on The Waltz of the Moonshine Blind falls into either the “manic” or “depressive” category, as Bannister states. For example another single, “Present But Never There,” is in the manic category. It conveys the alternating fleeting highs mixed with the valleys of anxiety one experiences in withdrawal—the idea that you constantly feel like you are missing something, like you have endlessly lost your wallet and your identity is in there somewhere.

Building a rich, contemplative mosaic from the shards of the past into something redemptive is what Matthew hopes that The Beautiful Fear project can offer, especially during times of seemingly insurmountable anxiety.

“The work shows that there is hope. That there is a way to slip outside of the circle, the dance, the charade, the Waltz. For anyone struggling it’s additionally hard to break out of the cycle due to all the stigma that surrounds the condition. Because it is largely seen as a flaw and weakness of character, it’s hard to know where to turn and who to talk to. Asking for help feels like you have opened a door you can’t ever close again. It’s terrifying. I hope that the album simultaneously sympathizes and offers a sense of hope and path. That hope can be for anyone in the circle of self abuse, whether that be a substance or a relationship.”

Bannister’s accomplishments, include being named one of The World’s Top Creatives Under 40′ by Wallpaper*, ‘Avant Guardian’ by Surface, and the creative agency he co-founded has won many awards, including an Emmy®. He is even credited as one of the inventors (along with Michel Gondry) of the concept of ‘bullet time’ (The Matrix). He has taught at Parsons School of Design, The School of Visual Arts, Cornell University, and the graduate school at Princeton University.