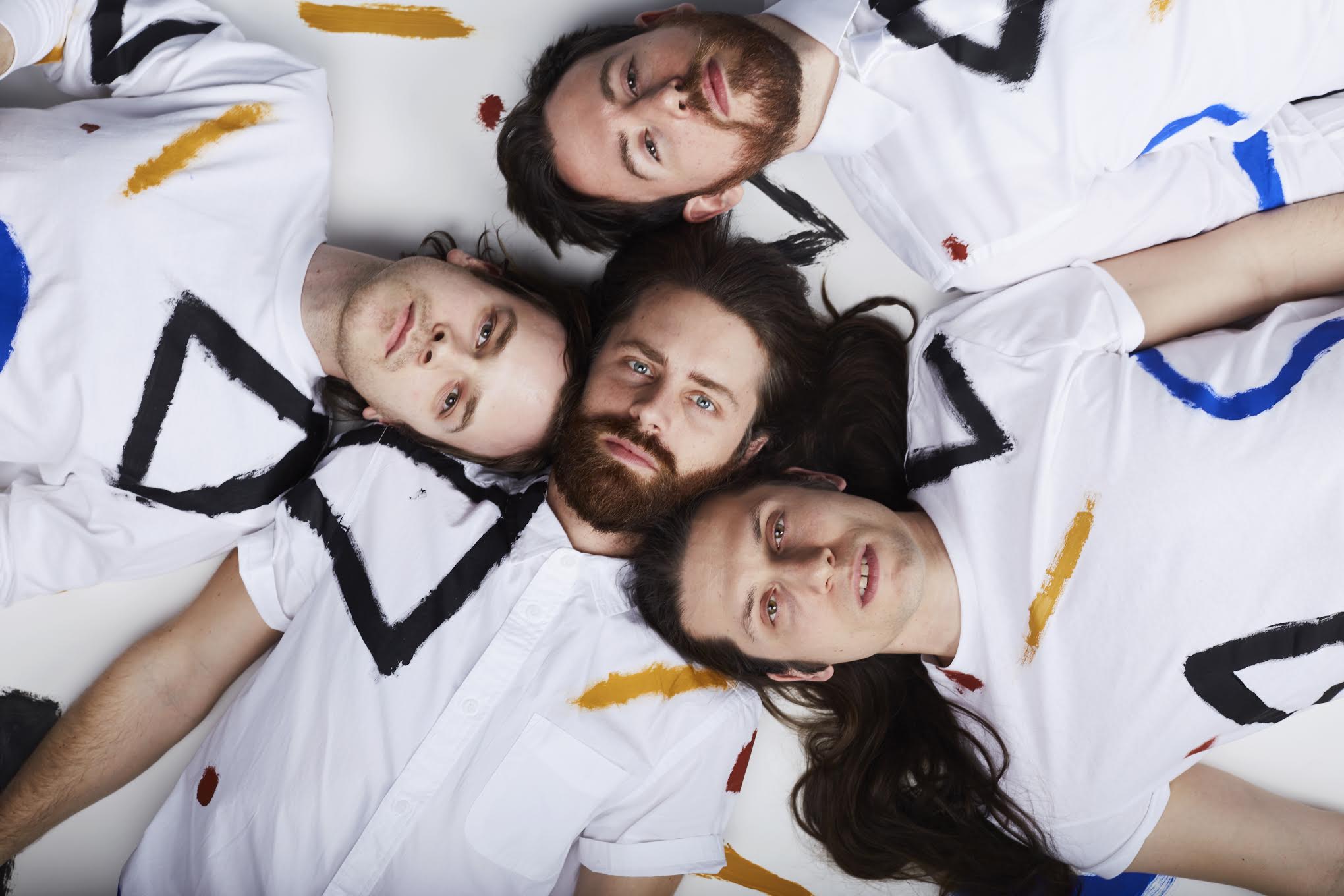 ADIÓS GHOST has arrived with their brand new single for “TENSION” off of their third coming release Endless Return. Echoing the sounds of Yeasayer and Animal Collective. Adiós Ghost is a band formed by songwriter Ben Sigerson. Joined by poet Simon Davenport, multi-instrumentalist Jimmy Stull, and engineer/producer Alex Loew, the four-piece has been leaving it all on Brooklyn stages since 2012.

Adiós Ghost draws from a broad sonic palette, channeling psychedelia, early house, r&b and West African music through an indie rock vein. The band’s debut, self-titled EP came out in winter 2013 and was met with praise, being described in the press as “wild and worldly”, “full bodied, and impassioned” and “intensely colourful.” Moving forward, Adiós Ghost expanded upon their founding influences, and the resulting “Counting Paces” single was released in the winter of 2014. Their third release, Endless Return, will be out in May 2016.

QUOTE from the band

it’s hard to talk about “Tension” as an individual song without talking about the “Endless Return” EP as a whole. The idea of the endless return is about realizing that there may be no objective truth, and all that has happened will happen again in an endless cycle of return–all ideas that one would think lead directly to nihilism. But instead of descending down that path, one can decide that all of this simply means the individual must construct their own sense of meaning in life. In other words, none of it reduces the necessity of meaning to human existence. The whole process–recognizing the cyclical nature of things, feeling a sense of meaninglessness as a result, and then resolving to construct one’s own sphere of meaning–starts with the spark of that first scary realization, a point of “Tension” when your ego slams up against your anonymity. And so “Tension” is the lead-off track, the entry point into the cycle of “Endless Return.”