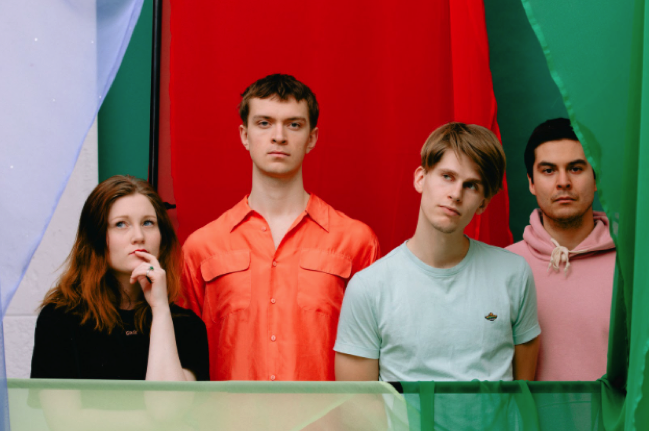 Norwegian band Sløtface, have returned with the new single “Telepathetic,” the first taste of new music from their yet to be named forthcoming release. The band co-produced the new single alongside Odd Martin Skålne (Sigrid, Aurora), creating their boldest and most immediate moment to date.

Of the track’s beginnings, guitarist Tor-Arne Vikingstad says, “It was written in approximately two hours, at 11 in the evening, after a full day of recording. Most of us don’t remember any of it because we were so tired.”

Vocalist Haley Shea continues, “The song is about the feeling, usually when you’re growing up, or working a job you don’t like, or other halfway points where it just feels like everything good is happening in other places from where you are. It’s about how ineffectual it is to wait around and hope for things to happen, about how you have to make things happen, but also about the silly fear that if you dream about something it might not happen.”

To celebrate the release of “Telepathetic,” Sløtface will be headlining London sweatbox Electrowerkz on March 25th, their first UK headline since 2017.

More details about further upcoming music from the band will be available soon.