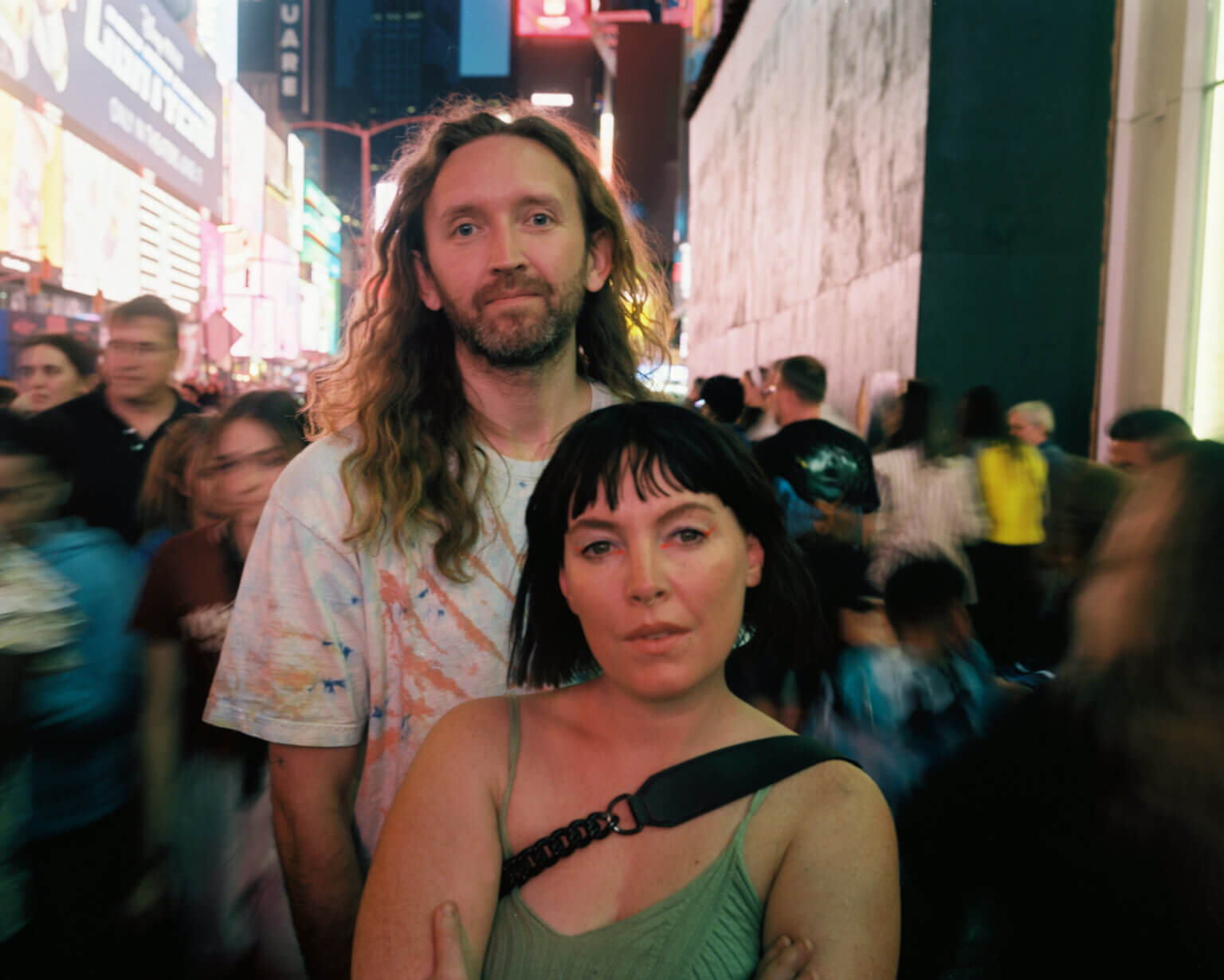 Sylvan Esso announce new album out August 12th with single "Didn't Care.”
Share on TwitterShare on PinterestShare on PocketShare on RedditShare on FacebookShare on Email

On August 12th, 2022, Sylvan Esso will release their most intimate album to date: No Rules Sandy. After surprising the audience of Newport Folk Festival just moments ago, with a live performance of the project in its entirety, Amelia Meath and Nick Sanborn have marked the official launch and full embrace of their next chapter. Meath says that No Rules Sandy “feels like who we actually are. It just feels like us. We’re not trying to fit into the mold, just happily being our freak selves.”

“Didn’t Care” builds on recent singles “Sunburn” and “Your Reality.” Like much of No Rules Sandy, the song leaps from the framework of pop music into a wilder unknown, full of the loose, live-wire energy that inspired the album’s unforeseen creation.

Sylvan Esso had never been a band who could make a record on short-term writing jags, let alone the best of their career. But at the beginning of 2022, they drove from their home of Durham, NC to Los Angeles, CA, where they set up a makeshift studio in a small rental house and wrote a song. Then another, and another, until a full record took shape and they found themselves impressing each other like never before.