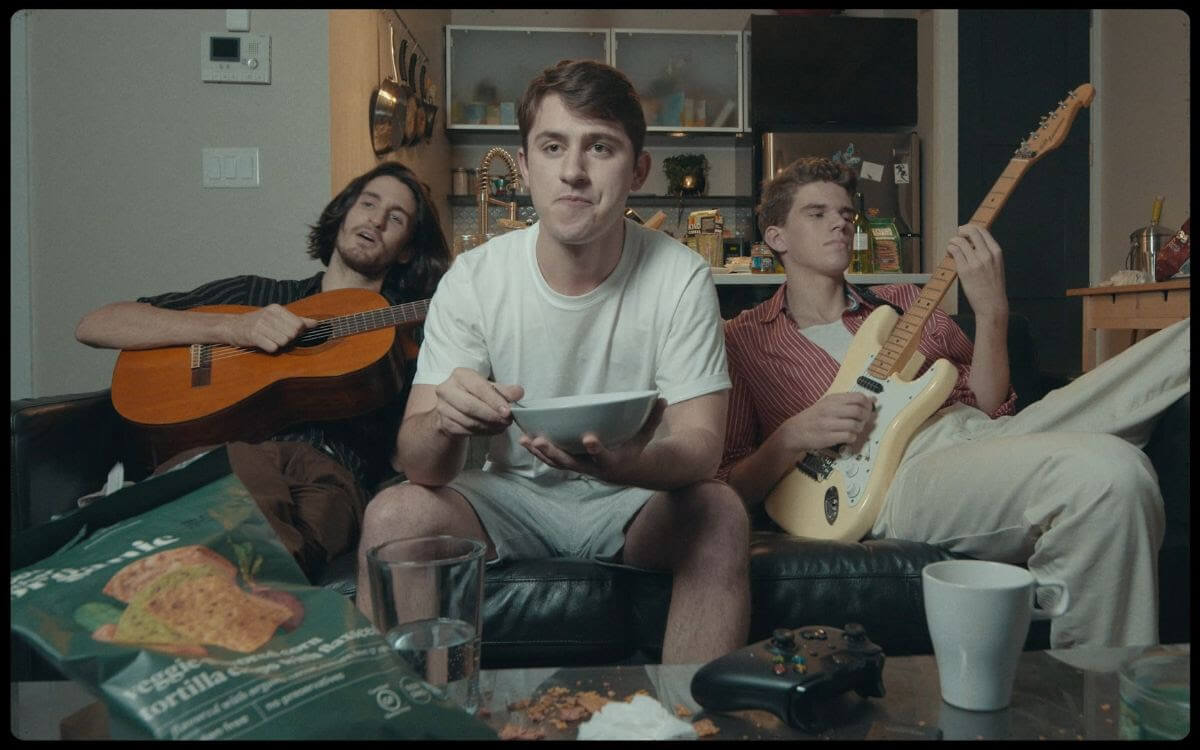 Surfliner has released a new video for “Sinking Heart.” The song is off the trio’s forthcoming release Psychic Blues, out on North By South Records. Elias Azar directed the video, which depicts an average mundane day in the lifestyle of a Covid-era young adult living in the city. Psychic Blues is the follow-up to the band’s 2019 release Kiska. The band manages to definitely turn a bleak time into a cheerful one, with “Sinking Heart.”

“Sinking Heart” is about that feeling we all have right now: the lukewarm blandness of these days, contrasted with the fiery yearning we all have deep inside to get back to what we love about our “normal” lives. It’s surprising how fulfilling and “normal” a day feels when spent outside or disconnected from the digital web of obligation that the pandemic has built around us, between Zoom and email and everything. There’s an opportunity here to shortcut into a real state of mindfulness… despite this, days fizzle out into another and we can’t help but fall back into our own toxic habits. It’s a war of attrition between the tech-addicted part of our brain and a simple existence we’re all capable of tapping into.

The concept for the video was developed by up-and-coming filmmaker Elias Azar: a man is doomed to a monotonous onslaught of days that blend together and find him withering within the confines of his apartment. The two of us at Surfliner are “hired” to follow him around, reminding him of his current misery. Time is boundless yet confined to a tiny loop where days spill over each other and ultimately the protagonist’s life leaves a one-note impression.

Surfliner is Tyler Wyatt and Sam Worley, two young musicians from the choppy coastline of South Shore Massachusetts. Both self-taught musicians, the duo started recording demos in Worley’s barn in their high school years. A few years of honing in on their inspiration culminated in their debut LP Kiska, released in January 2019.

With the addition of John Carlson of Asbury Park on bass, Surfliner took their act out of their hometown and across the Northeast. Out of high school, they experienced a period of profound growth both for each member individually and the project as a whole. The sound and style of the band picked up grittiness in the small clubs of New York City, sunniness at the Levitate Music and Arts Festival near Cape Cod, and introspection in the woods of Western Mass.