Superorganism Is Addicted To Writing 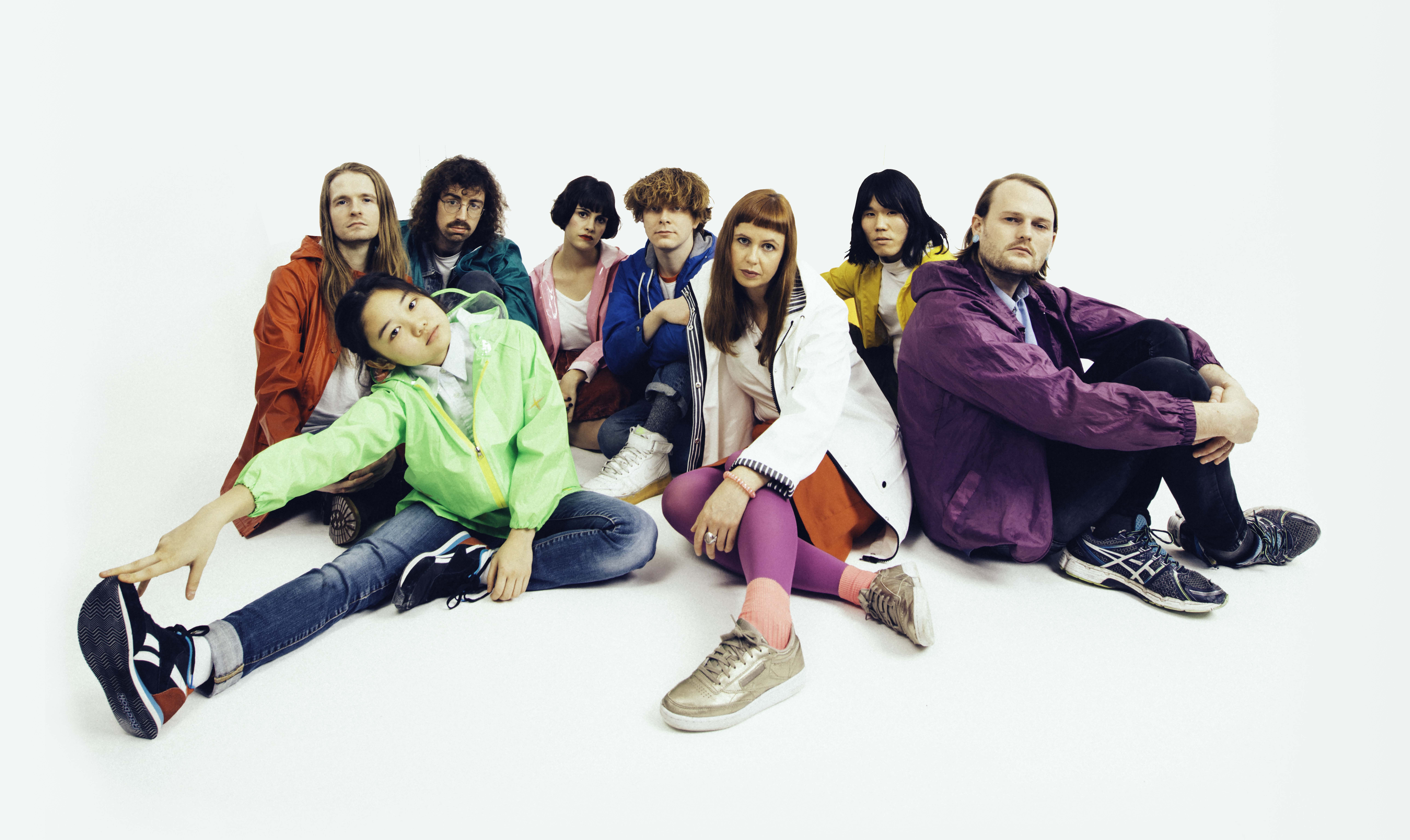 Superorganism is probably one of the most accurate band names in recent history, partly because the band has grown bigger over the past year, as they finally all got in the same room together. Coming from different corners of the world, the band put together their self-titled debut after earning enough hype off of one single to get a record deal. With their masterful album showing the powerhouse chops of their eight-person creative outfit,the band has hit the road to take it to the next level. We caught up with writer, producer and musician Emily ahead of the band’s March 31 Montreal show @ The Belmont to talk about their crowded house and how appreciating their influences has made all the difference.

Northern Transmissions: How did the band go from internet friends to creative house full of art and music, and did you know Something For Your M.I.N.D. was different when they sent you the music?

Emily: For the whole group it’s been a slow process of meeting each other over the course of a decade. We’d been sending files back and forth with Orono and thought it was really cool. You never know when you’re sending stuff around to people, often it sucks because it’s so hard to find good people to collaborate with. We wanted to do another song but we never thought we’d get interested enough to be in the same room or anything like that.

NT: Considering you hadn’t really been all creating music together as one unit before your deal, how did the dynamic change after that?

E: It hasn’t really changed. We’re still collaborating in the same way but the difference is we’re a touring live band now, which we weren’t at first. It’s so different for all of us. Now we travel the world, with no sleep, furiously setting up all these screens for the production we put together. Writing and recording together is the same, we’re just sending files to each other but now we live in the same house and time zone. Now we do some more of it in the back of vans and the back of venues too.

NT: How did your playlist mood board help you guys tighten the vision between eight members?

E: The band is a mix of all those influences in my mind, so it’s less tightening up that vision because that is the vision. We all have broad tastes in music so it was a way to see how our tastes overlapped and debate it. It’s just a summary of all our lives 24/7, and I’m sure that’s super annoying if you’re not that into music. It functions like a mood board but it’s more of an obsessive music nerd exploration thing.

NT: Your production style is so uniquely weird and features samples, full song stops and such a dense sound overall, where did this come from?

E: It was really sweet how everything came together, because it was a lot of different people saying “Let’s do this little thing.” Overall that vibe just reflects all of our tastes into Devo, Pee-Wee’s Playhouse, Rugrats and musical theatre, even Pixar moments. It’s an obsession with Ween and Smiley Smile by the Beach Boys. A bunch of us were in New Zealand for a while, and when Lorde did “Royals” that was the biggest thing New Zealand had ever produced. Now so much is sounding like that and I’m wondering why everything sounds like Drake, as much as I love the guy. It was a no-brainer to try and pull from all our favourite records instead.

E: When we started making the live band back in August/September, we had no idea how it would come out. We tried out and it came together rather easily, it was more just figuring out how to do it. We’d looked to other bands who do something similar, and we couldn’t find anything, so we made something up. We have a drum kit with mesh-heads so it doesn’t make any noise, and we have triggers that we run samples through like different members sneezing and coughing. We fill out a lot with guitars and other samplers, and six of us singing on stage. For something so studio-y it translates fairly effortlessly, and we’re into the whole over-the-top extremeness of the show. All the best bands have shows like that.

NT: Few bands are all living together constantly creating stuff, so what do you think your unique living situation offers to the music, and are there any drawbacks?

E: It’s been interesting to us doing interviews because so many people say our living situation is unusual. I don’t really understand how you can live in London and do a band without overcrowding somewhere. If you can’t live together, you probably won’t survive being in a band together. The main thing I love about it, on top of the long-term thing, is that we’re all sharing our experiences entirely. If you all share those experiences, it syncs up your outlook and you’re living life as a team. I could never do all this as a solo thing, but we have this little bubble in London. You want to be in your own little bubble to be creative.

NT: Considering your arrangement are you guys frantically writing whenever you’re off tour or are you relaxing a bit now that the record’s done?

E: Everyone has a different approach with writing. The reason I write isn’t to make an album, it’s an obsessive thing I’ve done my whole life. For me recording and writing fills my soul back up after how draining the touring can be. We’re just constantly writing and we figure out what to do with it later. Writing is a form of therapy or even like an alcohol addiction, it’s a crutch you lean on.