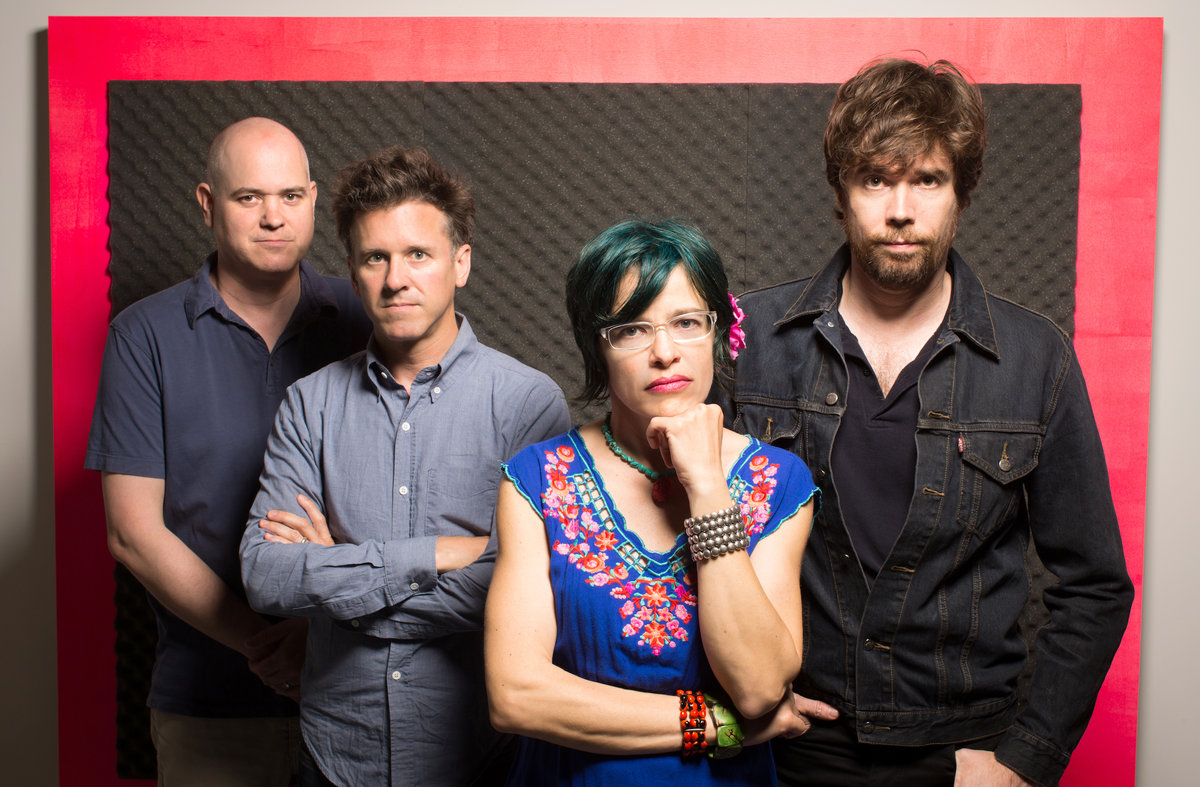 This Record Store Day, Superchunk will release Cup of Sand, their 2003 singles and rarities compilation on vinyl for this first time. The original CD packaging has been expanded for this edition to showcase Laura Ballance’s original paintings, and features expanded conversations with Mac, Jon, Jim and Laura about every track included—the ones they remember recording, anyway. The notes have been expanded to comprise the three additional songs from out-of-print compilations which have been added to this remastered reissue. This limited-edition pressing will be available exclusively in independent record stores.

Superchunk drummer Jon Wurster shares his clear memories on the occasion of this reissue:

I’ll be honest: this compilation came out 14 years ago, and I still don’t recognize the titles of 60% of these songs, despite drumming on all but one of them. You think Alan Alda remembers every M*A*S*H episode? I’m sure he can give a scene-by-scene breakdown of the show’s now-legendary final installment (“So Long, Farewell, Goodbye”) and yet have no memory whatsoever of the episode where they help an injured cow give birth (“The Birthday Girls”). It doesn’t mean that one episode is better than the other… ok… this argument doesn’t hold water, and I can see that now.

The songs on Cup of Sand may not have found homes on our studio albums, but that doesn’t mean they are unworthy of your time. Sure, a few didn’t make the grade, but most of these songs were recorded specifically for compilations, one-off 7”s, EPs, and soundtracks. “With Bells On”—a song I wrote the bulk of—was left off 1997’s Indoor Living in an effort by the others to keep me from buying a new motocross bike with the publishing money I’d have received. I cover this in much greater detail in my upcoming memoir, Wrongs I’ve Endured (PenguinLite).

This marks the first time Cup of Sand has been released on vinyl. We’ve even added three extra songs that weren’t on the original album. This was done to give fans something special, but also to help us realize our dream of one day releasing a three-LP set that somehow has eight fewer songs than Sandinista!