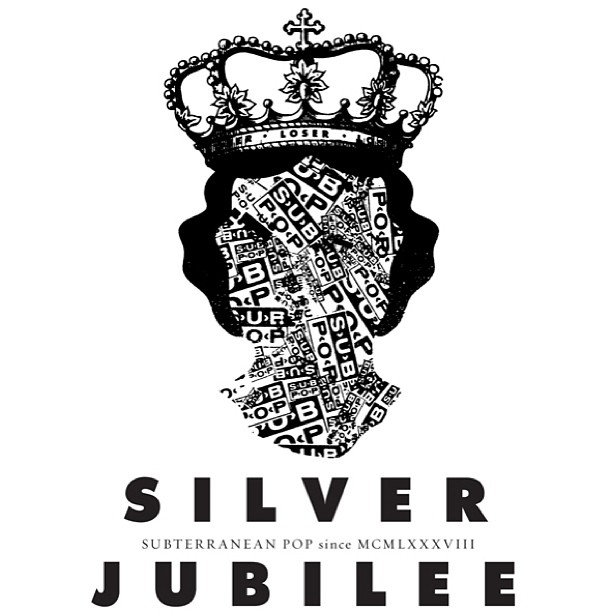 Sub Pop Records is visibly full of itself in sharing the initial lineup for our 25th anniversary celebration, the Sub Pop Silver Jubilee, to be held July 13th in Seattle, Washington. The event will feature music and comedy performances from artists from the label’s roster and beyond, both past and present.

We’ve imposed upon a few members of our extended family to help announce the event, and they did a real bang-up job. Please enjoy this very special and occasionally humorous announcement now.

While the Silver Jubilee is free, fans who make a suggested $5 donation at collection stations upon entry to the fest, will receive a limited-edition tote bag. All monies raised will benefit local charities like 90.3FM KEXP, Northwest Harvest and the Northwest Parkinson’s Foundation. In addition to these worthy organizations, Sub Pop is fortunate to be working with the Georgetown Merchants Association and great businesses like Georgetown Brewing Company, the Sandbox, Fantagraphics Books, Georgetown Records, Via Tribunali, Elysian Brewing Company, and the Georgetown Inn to create a one-of-a-kind event in a one-of-a-kind neighborhood.

For more information and updates on the event, please visit http://silverjubilee.subpop.com.