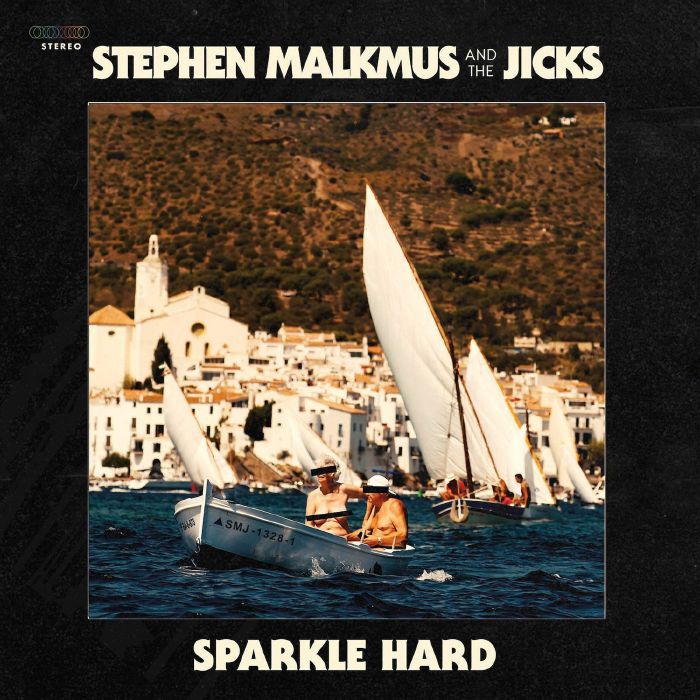 Rock can be classic without being predictable, it’s just a matter of knowing how to subvert expectations. While Stephen Malkmus & the Jicks’s latest record sounds immediately reminiscent of so many rock albums of the seventies, it’s undeniably fresh and unique from everything that inspired it. With bizarre left turns and a sense of tone that sets his retro influence apart from his contemporaries, he makes something powerful.

Despite the cheesy tones of the opening piano lines of “Cast Off” Malkmus and his band turn the song into a righteous fireball as soon as the drums tumble in. By mixing their piano crawl with an explosive classic rock momentum, the song continuously builds into something dynamic and satisfying every time it breaks out. More angular riffing takes over on “Future Suite” as Malkmus and the Jicks bring out a heavy swing to jam on. While this wouldn’t be enough to stand out, there’s a flagrant sense of fun and light experimentation to keep the song lively and out there.

“Solid Silk” builds from a subtle acoustic guitar track, to a strange mix of symphonic and synth-driven chords that bring the song into a dream-like state. Though it does take Malkmus sometime to expand the track into a solid groove, when he finally lands on it the track is endlessly intoxicating. The gritty distortion of “Bike Lane” clashes against its bluesy rock for something emotionally deep but intensely angry and Rolling Stones. This Keith Richards’-style groove kicks into overdrive as Malkmus yells “Go Freddy Go” and the whole band descends into a chaotic swirl of feedback.

These Stones overtones feel a little more derivative in some of “Middle America” while Malkmus’ commentary about modern life takes a much sharper edge. Though the song ends up leaning back more than it needs to, the melodic descents of every chorus are a joyful experience every time. “Rattler” comes down with a bizarrely digital energy to it as drums slowly pummel down with a ferocious energy. Catchy riffs explode out of an otherwise experimental crawl of a track, though the song can often feel more like a gimmick than something inherently memorable.

As blazing guitar lines fly out on “Shiggy” Malkmus rides the energy on a personal high as opposed to the usual dynamic restraint he shows throughout the album. This sizzle of fuzz and loud drums just forces even louder riffs through every chorus and gives his sound a standout roar. Though things start extremely subdued on “Kite,” Malkmus quickly 180s into a spacey funk sound for one of the album’s most epic numbers. With a lively bounce continuing through every inch of the song, Malkmus not only pushes his limits as a writer but makes something intriguing and fun at the same time.

With unusual and disorienting melodies, “Brethren” pops out as a creepy take on usually classical folk-rock sounds. While this could be too off-putting, Malkmus manages the straddle powerful riffs with his grimy harmonies to always keep the song satisfying. “Refute” hits a similar note, taking a somewhat dry country tone and injecting a little funk, and even Kim Gordon’s smoky and sassy vocals. Closing on “Difficulties / Let Them Eat Vowels” the notably off-key horns tie the songs larger-than-life swells together and make his robotic finale seem like a fun bonus side.