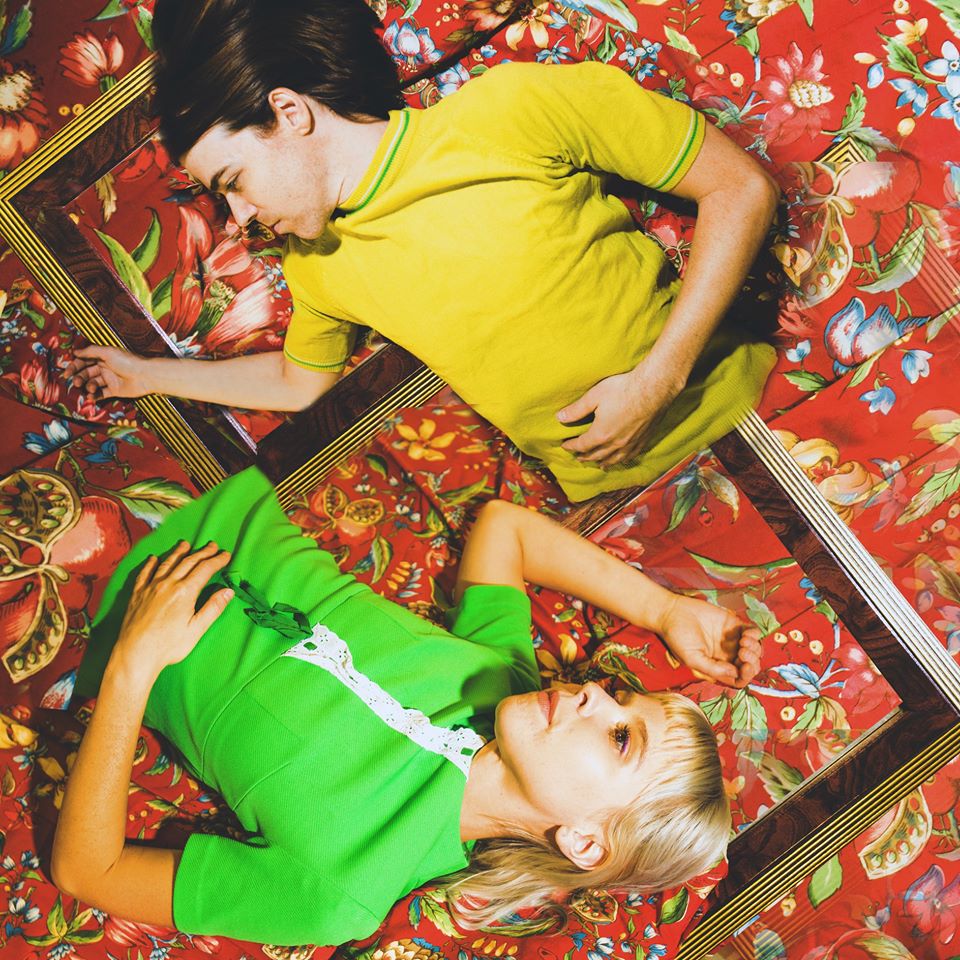 In 2018, Frederick The Younger AKA: FTY (Jenni Cochran and Aaron Craker) found creative kinship in drummer Meg Samples and bassist Shelley Anderson and started working on the followup to 2017’s Human Child. Producer Kevin Ratterman (My Morning Jacket, Ray LaMontagne) couples the vivid, visceral lyrics and equally-emotive arrangements with a dreamy, quality. And it’s never at the expense of the innately imposing stories. Lead single “Back to the Wall” untangles the push and pull of a relationship that’s undergoing an inner struggle. “You could say you love me / But you leave me with my back to the wall,” Cochran casts off her frustrations as a snake shedding its skin.

Their willingness to be so vulnerable serves as the EP’s foundation. “Erased,” featuring Craker’s vocal and “Deepest Blue” witnessing Cochran hitting an emotional rock bottom and writing a song about it. “I hate regretting things I’ve done, and I know when I’m in that space that I shouldn’t be doing it. I waste time, and I get carried away. This song is me trying to sing myself out of that funk,” she says of the song.

Cochran and Craker are not only the creative core of the band, but they complete each other on a deeply personal level. Originally from Cleveland, Ohio, Cochran grew up writing songs, yet never played them out. She initially had ambitions to go to school for anthropology but after working overseas, teaching in the Mekong Delta in Vietnam, she returned to the states with a newfound drive to pursue music. She relocated to Louisville, and a two-month stay turned into a permanent move when she met Craker through an improv group.

On the other end of the spectrum, writing and making music has always been essential to Craker’s whole life. Upon hearing Nirvana for the first time in middle school, his destiny was carved in stone. A Louisville native, his obsession with piano and guitar propelled him to study music at the University of Louisville. He later formed a band called Dr. Vitamin, which would be the stepping stone to much bigger things. “We were both what the other person needed. I deeply believe things happen for a reason,” says Cochran.

Dr. Vitamin quickly morphed into a very different beast. With Cochran still writing a bulk of the material, they decided to give the band a bit of an upgrade: changing the name. It was a simple procedure, tossing out various possibilities, before Cochran fell upon Frederick the Younger for it’s almost mystical nature. An album called Human Child arrived in 2017, and even within two years, their musical energy has blossomed into an even more ferocious entity.

Frederick the Younger’s new EP, expected early 2020, positions the band for the next level. Such volatile moments as “High Alone” and “Something Real,” another soul-tearing performance, confirm their undeniable talents in harvesting the most intense of human experiences.

FTY on “Something Real:”

When I sing “Something Real” it feels like a weight has been lifted. It feels like a cathartic release every time. I’ve spent my whole life feeling unfulfilled, like I should be doing something more. Desiring the next big thing. This song is about the inward search for freedom. The music itself feels like an emotional release. It’s earnest but also groovy and sexy. Kind of David Lynch meets Neil Young.