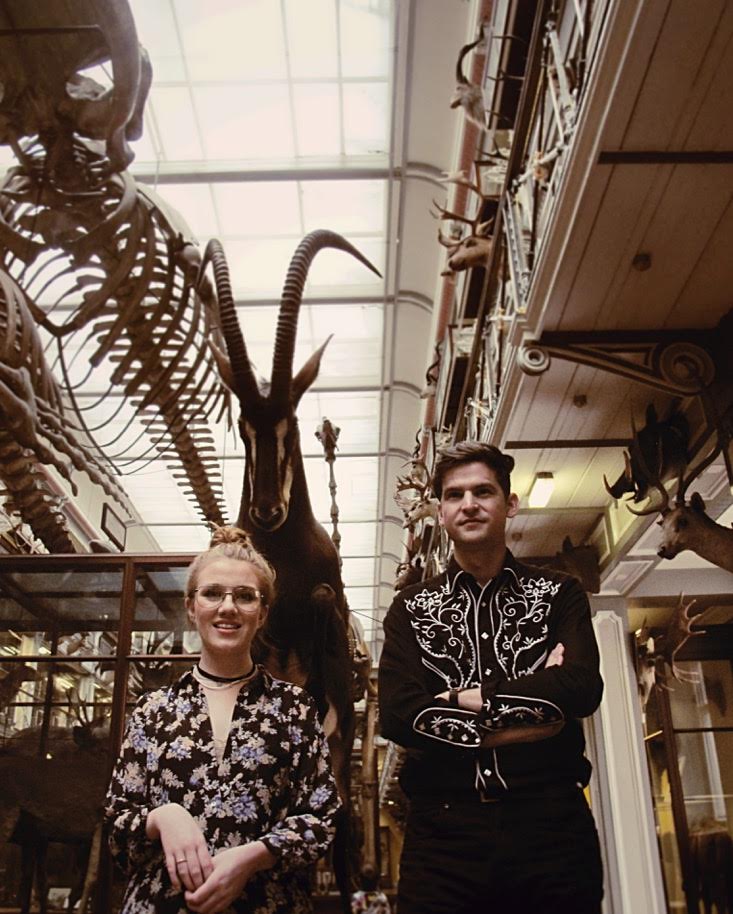 Shortly after a fateful meeting through the notorious dating app Tinder, Ciara Thompson (known as CMAT to her friends and grandmother) and Alan Farrell officially formed Bad Sea. While love wasn’t on the cards, it turns out music was. Since the elusive right swipe, the two have been honing their songwriting craft in secret.

Following a steady period of songwriting, Bad Sea are finally ready to release their debut track “Solid Air” (apologies to the estate of John Martyn) is a song about the unfair nature of the need for practicality in romantic relationships, and also about how terrible men can be. Melodically it reflects the duo’s penchant for a straightforward pop narrative and sonically is inspired by influences as disparate as Angel Olsen and Carly Rae Jepsen. The single artwork reflects the song’s themes of anxiety and separation, which is ironic considering the featured models are in fact CMAT’s grandparents who are, in her words, “the greatest couple in the whole world”.