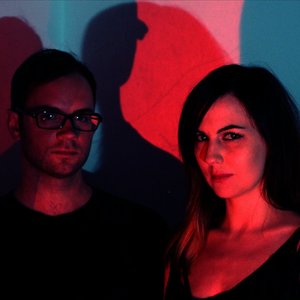 Last month Soft Metals released their sophomore album, Lenses, a chilly, 80’s synth pop affair. This week they return with a video for the title track, a song that “locates the secret bloodline between Tangerine Dream and acid house,” You can watch it above.

LA’s Soft Metals formed in 2009 after Ian Hicks and Patricia Hall met at a DJ night and connected over their obsession with analog synthesizers and the shadowy, sultry, untamed expressions of underground electronic music.  Their early collaborations paired Patricia’s delicate vocals and introspective lyrics with Ian’s solo sketches.  Soon they moved on to writing music together, building songs from wild, improvised sessions in Ian’s home studio.

Their genre blurring brand of voltaic pop draws inspiration from a spectrum a sources including krautrock, synth wave, and techno.  They’ve won over audiences in situations as varied as experimental noise shows in dingy basements, to sleek, modern nightclubs, to clandestine after hours warehouse parties, to dimly lit dives where post punk and synthpop records fuel the dance floor.

“This is a video that we made with our friends Eva Aguila and Brock Fansler of Experimental Half-Hour, 3D projection mapper Akiko Yamashita of Mapjacks, fashion designer/ stylist Nicolette Mishkan, and cinematographer Dalton Blanco. It’s the first music video that we’ve been in that wasn’t a live performance.  It was filmed at The Lash in Los Angeles which has really nice interior design.  The initial inspiration came from when I saw Akiko mapping 3D projections at The Lash in the room featured in the video. I thought it would be great to do a video with her in that space.  The video was a collaboration between everyone involved based on a daydream I had about time travel and imagining my life in ancient and future times.”   – Patricia Hall

The duo have also added some dates in Texas to their ongoing North American tour, as well as a show at LA’s Echoplex with ADULT.