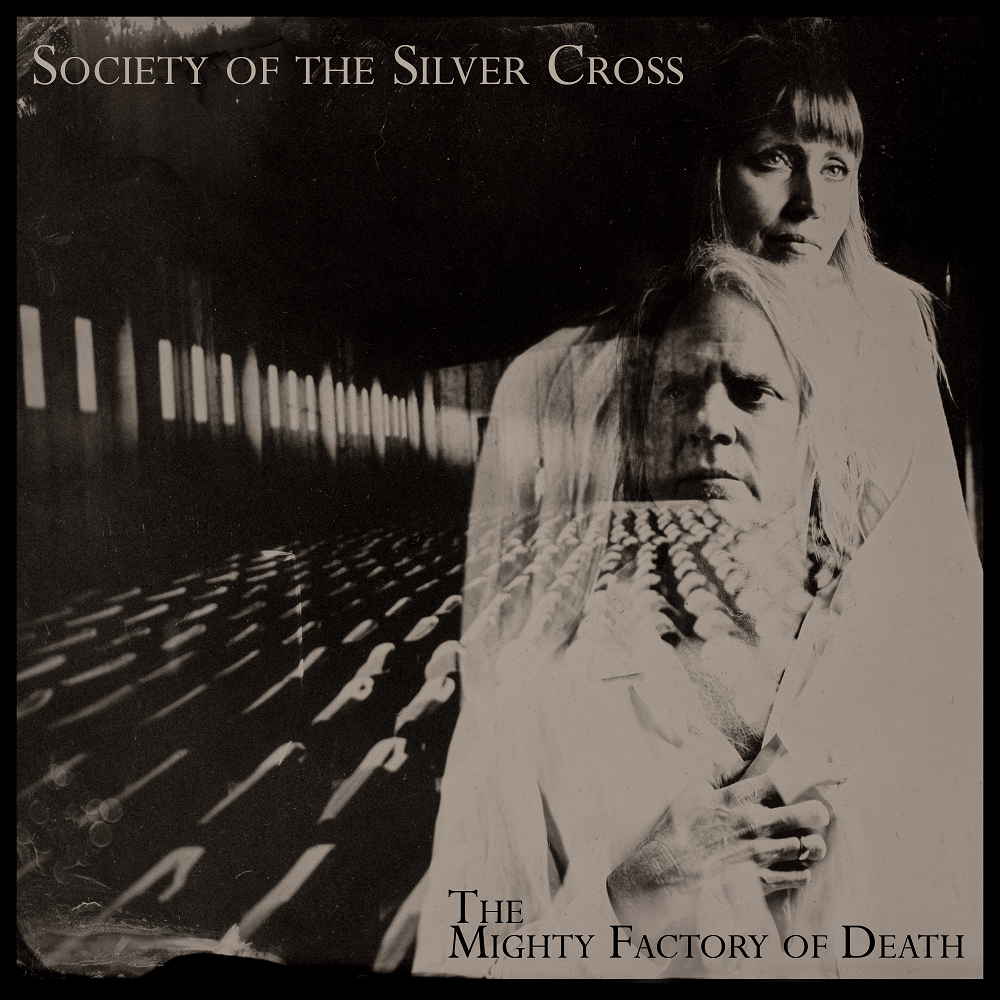 Society Of The Silver Cross, are prepping the release of their debut album, 1 Verse, which is set to drop on June 28th. Ahead of the release, the band of shared a video for album track “The Mighty Factory of Death.”

We created this video with a few very simple tools, and our concept – watching someone, watch their life flash in front of their eyes. We shot everything in a small room in the back of our house using some 8mm reels of film we purchased on ebay, a projector from the thrift store, small flashlights, colored gels, printed scrolls, a few select dollhouse items and a custom made dollhouse set. The playful and childlike nature of the dollhouse allows for perspective and reflection without crossing into macabre. The video is steeped with metaphor throughout. The scene sets the stage for the viewer to “observe the observer” or become consciously aware of the dramatic play which is life (awake in the dream).

We used a mix of projected film images and “animated” our paper scroll images by carefully hand-pulling them across the set from left to right. This process was much akin to some old-school technique you’d see in a puppet show or an episode of Mr Rogers.

The band’s previous single “Kali Om” is a call for awakening to the universality of all people and things, in that state we become aware of our true self and are free. Kali represents the great redeemer, an aspect of divinity that relentlessly cuts through ignorance and leads to liberation, and Om being the universal sound of consciousness in all matter. The sound and textures of the song are dark and crashing while carried by an uplifting and feminine grace. It plays with the duality of darkness and beauty in the quest for meaning. Instrumentally it features the haunting tones of the shahi baaja (Indian autoharp), harmonium, 12 string guitar, dilruba (bowed Indian instrument), clavinet, B3 organ, synthesizers and drums.