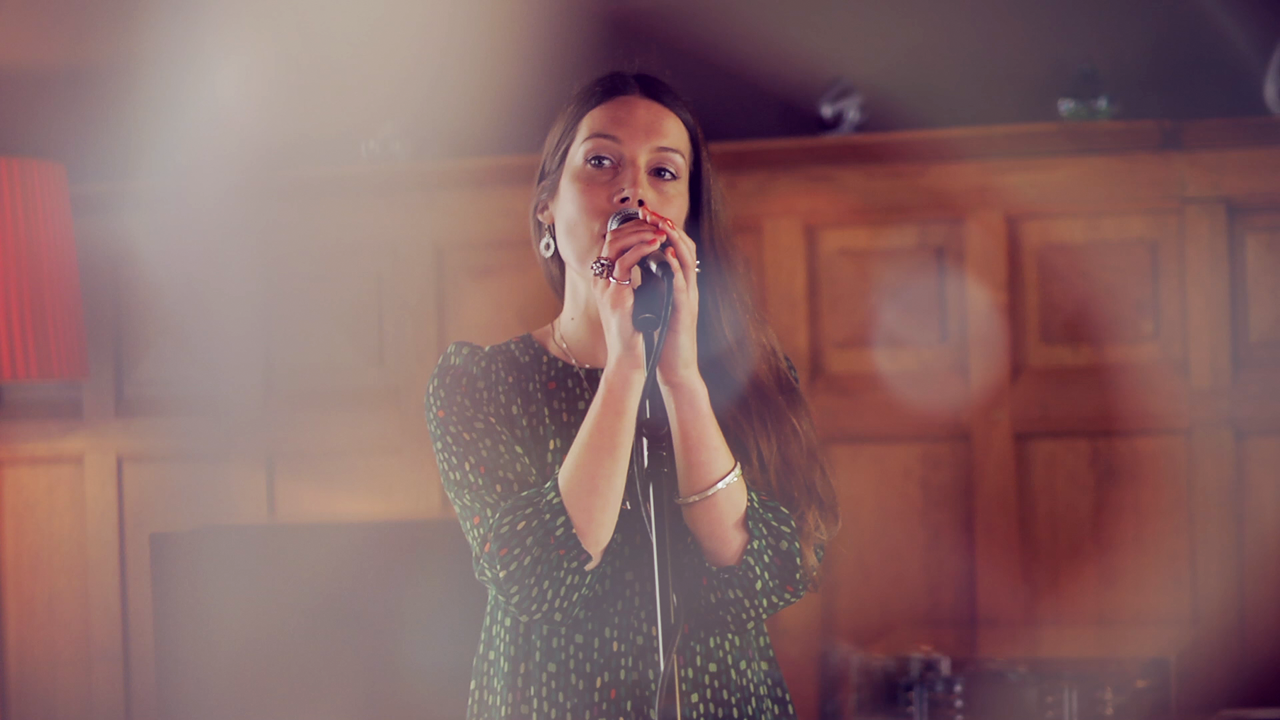 Snowgoose is comprised of guitarist Jim McCulloch and singer Anna Sheard. The band is supported by an array of muusicians, including members of Teenage Fanclub and Belle & Sebastian. Tracing a line through ‘60s West Coast psychedelia and early ‘70s folk-rock. Todat the group has announced their second album The Making of You will be released in North America on July 24th on Ba Da Bing and May 22 on Glass Modern in Europe.

The Making of You represents a new chapter in the Snowgoose story. While their 2012 debut was largely written by former Soup Dragons guitarist Jim, the new songs see Anna step forward as a lyricist and melodist. Jim says, “When we made the first album, I brought the bulk of the material to the party, written and ready to go. This time round, we decided to write together and it soon became clear that not only is Anna a peerless singer, she is also a wonderful lyricist.”

“During the writing process, I was – as usual – listening to a swirling melting pot of artists, from Spanky And Our Gang, through Fleetwood Mac, to France Gall and Antonio Jobim. Anna was pregnant during the writing and recording process and I think all of those influences – musical and personal – spill out of the speakers, adding something
undefinable to the Snowgoose sound.”

Anna adds, “Jim makes song writing look easy. There is nobody else I would rather sit beside to share ideas. He deems absolutely nothing an odd suggestion and, believe me, I made a few of those” Jim offered all the support and encouragement I required to allow me the courage to begin song writing, and together we forged an unbreakable artistic connection. He is my musical kindred spirit. It’s been a long time since Snowgoose shared any music – these new songs feel ready to find their way in the world.”

Novelist Ian Rankin, who declared Snowgoose’s debut one of the best albums of 2012, says, “I was a huge fan of the first Snowgoose album and I’m equally excited by the follow-up. Such warmth and emotion, with great performances by the musicians and singer Anna Sheard. Fairport Convention, the Incredible String Band, Pentangle and more come to mind, but Snowgoose add lyricism and delicacy of their own.”

Del Amitri frontman Justin Currie adds, “Jim McCulloch and Anna Sheard, with their troupe of Scottish alternative pop royalty, have made the kind of record that saved the easy listening genre in the early seventies. Think Sandy Denny crashing into a Jimmy Webb session armed with delicate west coast melodies and a little bag of very modern
anxiety.”