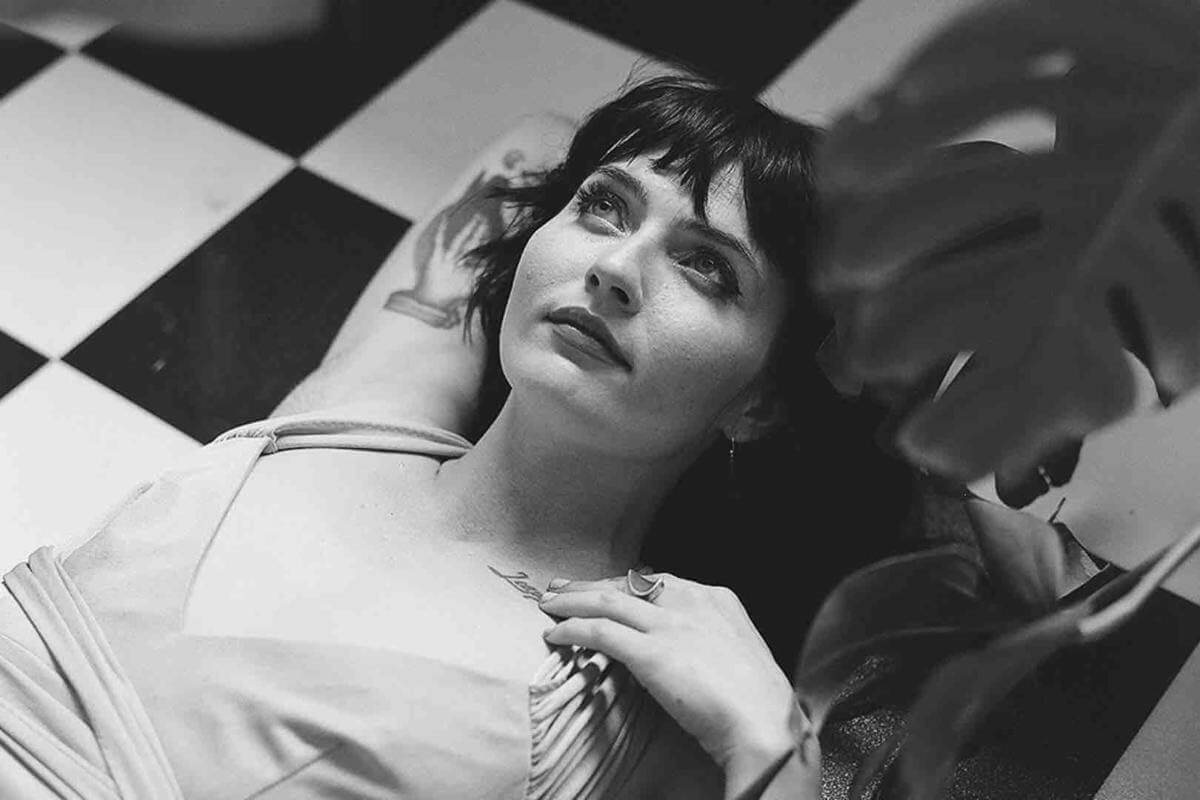 Scout Gillett today shared her vibrant new single “slow dancin’” from her forthcoming debut LP no roof no floor, due out on October 28th via Captured Tracks. “slow dancin’” showcases Scout’s vocals, she sails from a velvety, hushed whisper to dulcet spoken word to a soaring, cathartic belt with ease. no roof no floor—produced by Nick Kinsey (Kevin Morby) and featuring contributions from Ellen Kempner (Palehound) and David Lizmi (MS MR).

Of “slow dancin,’” Scout adds, “I wrote this ironically – taking a dig at the games of love. People too often play games. My take is: let’s just cut to the chase. Originally, I had written this as a downtempo country song. During recording, Nick [Kinsey] and I agreed it could evolve to something different. He had the idea to make it ironically fast and pulsing, juxtaposed against the title itself – ‘slow dancin’.’

The second vocal take of this track was captured in the pitch black darkness of a barn as I looked out to the stars. When I walked back into the studio, Nick and Ellen [Kempner, Palehound] both said they had never heard anyone sing like that before. That moment meant so much to me. We really made something special and I gave it my absolute best.”

While “home” can be a tough thing for Scout to pinpoint, she found her place in Brooklyn’s DIY scene in 2017 after relocating from Kansas City, playing in multiple live bands and even starting her own booking company to organize local shows. Her intrepid nature results from a childhood spent running barefoot through rural Missouri and coming of age in Kansas City’s punk scene, and her debut solo album features shades of all these past and present lives. no roof no floor is a bold and spirited yet warm, intimate meditation on trust, surrender, and what makes a home.

Following the sudden overdose of a lover in 2018 and the onset of the 2020 quarantine, Scout returned to Missouri in search of reprieve. Instead, she was dismayed to find that her hometown was suffering; friends and family members were caught in the grips of drug and alcohol addiction. “Nothing was as I’d remembered,” she says. “I felt homesick for a home that no longer seemed to exist.” She channeled her fears and frustrations, as she always had, into songwriting. “I meditated on surrender,” she says; “I recited the serenity prayer. I realized that I’d never be able to save anybody but myself.”

Recorded in a big wooden barn called The Chicken Shack (Kinsey’s recording studio in Stanfordville, New York) with the doors wide open, there’s a sense of spaciousness on no roof no floor befitting its title. The arrangements, too, reflect Scout’s rural roots and her indie spirit; a fusion of upbeat, guitar-driven melodies and folk/country instrumentation like pedal steel, harmonica, and tenor banjo. Above all, there’s a strength in the vulnerability of this record.

Purchase no roof no floor by Scout Gillet HERE