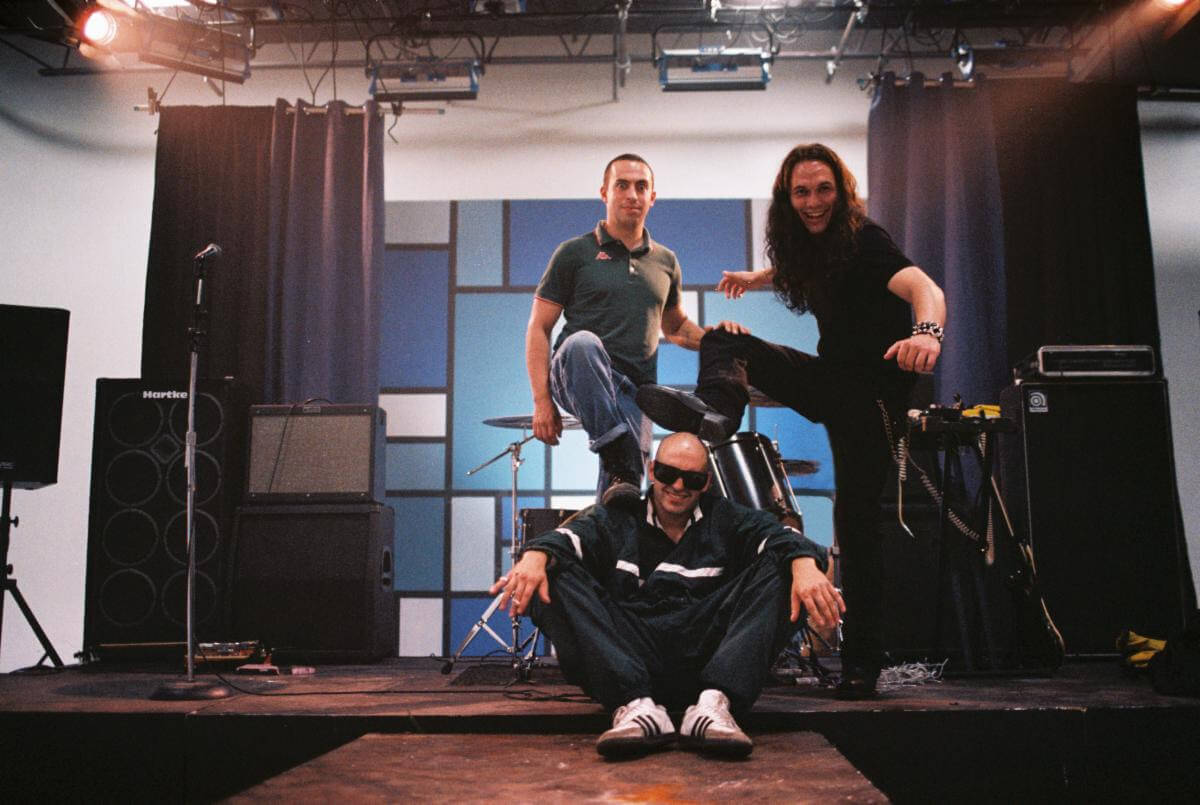 Show Me The Body has shared “WW4,” the song is off their forthcoming album Trouble The Water, available October 28th via Loma Vista Recordings. The track arrives coupled with the visuals directed by Oliver Shahery portraying a day in the life of Julian with his neighbor and close friend of CORPUS, Anthony.

This Sunday, Show Me The Body will perform at Nothing Fest IV in California ahead of launching the European and UK leg of their continuing WORLD WAR TOUR, which begin next Friday in Vechta, Germany and feature support from Powerplant across the 15-dates with stops in Hamburg, Berlin, Zürich and Verona before wrapping up in London on November 7th. Show Me The Body will also take the world tour to New Zealand for two dates, performing in Wellington and Auckland, along with Australia for four dates in December hitting Sydney, Brisbane, Melbourne and Perth.

Recorded entirely at CORPUS studios in Long Island City and produced with Arthur Rizk (Power Trip, Turnstile, Municipal Waste), Trouble The Water is the culmination of nearly a decade of barrelling against New York City’s structural ambivalence and indifference; an invocation to a like-minded global community to consider the alchemy of family-building, and of turning water to blood. The 12-tracks of Trouble The Water both reference and pay homage to the physical city, and the New York Sound: not one particular genre, but the people and subcultures that encapsulate its true foundation, style, and spirit; while expanding upon and reckoning with the hyperlocal territory of 2019’s Dog Whistle, which features the standout track “Arcanum.”

Although the title invokes the ancient alchemy Moses wielded to free and unite Israelite peoples, Trouble The Water refuses nostalgia or mimicry. Instead, it considers the sublime power of the unifying physical practices that can be enacted daily, to invoke immeasurable spiritual and collective reactions. Buoyed by moments of stinging stillness and compulsive, almost optimistic, malfunctioning rhythms, the work is literally a conjuration to dance, and move. If we are really living through the end of the world, maybe every movement we make, no matter how slight, is actually boundless and radical.

Show Me The Body includes Julian Cashwan Pratt (founder; banjo and vocals), Harlan Steed (founder; bass), and Jackie McDermott (current drummer). The band, originally started in 2009, have released a handful of EPs and two groundbreaking studio albums in 2016’s Body War and the aforementioned 2019 release Dog Whistle. They have organized non-traditional, intentional DIY spaces for NYC youth since 2015, and since expanded that work to a global capacity through their urgent, ceremonial live shows, subterranean punk and hip-hop mixed tours, and their CORPUS NYC platform. Through the intentional cultivation of their local and global chosen families, and a decade-long dedication to sustaining the New York Sound, Show Me The Body has solidified a legacy of confronting and permanently shifting the rigid limitations of the hardcore genre.

pre-order The Water above, by Show Me The Body HERE
Order tickets Tickets HERE