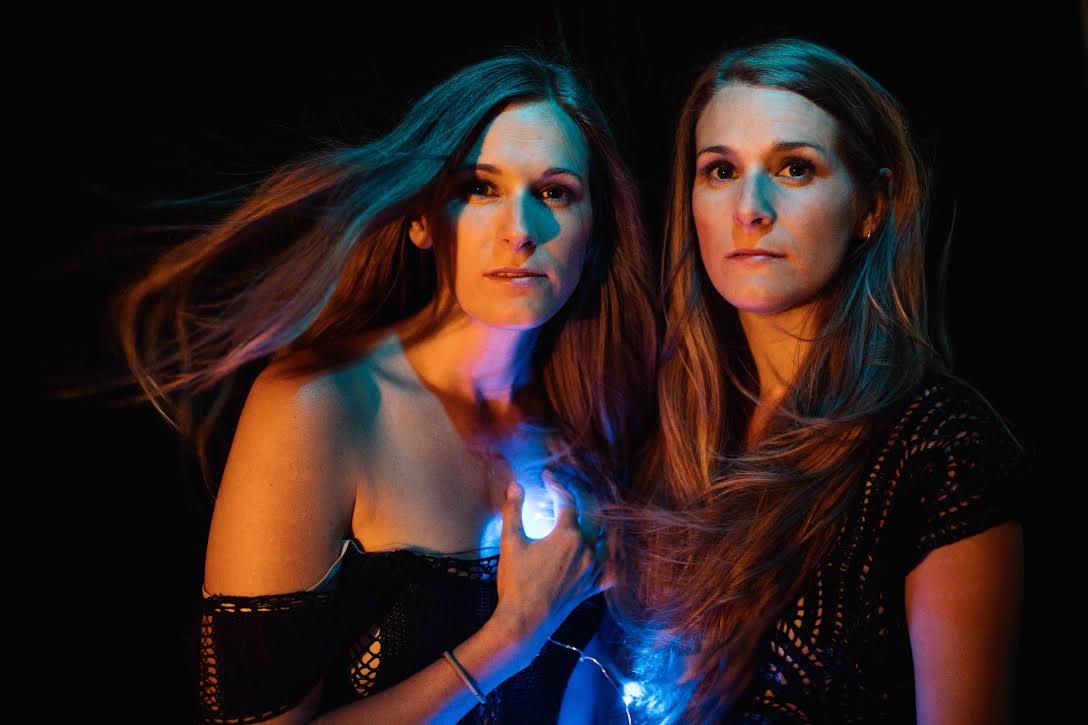 “Musically, it differs from our other studio albums, because it’s just two twins in a room performing on two instruments,” explains Katelyn. “It’s much more raw emotionally and almost vulnerable. It’s nice to hear our growth as a duo and notice our individual grooves. It showcases these songs in a different way than they had been or will be recorded. It’s just a taste of the simplest core of our band: The Shook Twins.”

“It goes back to the very beginning,” adds Laurie. “When we were 18, we started writing songs together, just the two of us. We practiced how to blend our voices and instruments, trying to make our 2 voices and 2 instruments sound like one thing instead of 4 separate pieces. That’s how we started this whole musical life. We wanted to go back to that for a minute and remember.”

“We wrote this song 4 years ago and its meaning is even more poignant. It’s about the pending natural disaster of the Cascadian Subduction Zone shifting off the coast of Oregon and causing a catastrophic earthquake that could end us all in the NW. The world is currently overtaken by greed and money and natural disasters. As we wrote this song, we imagined a good hearted couple surviving the disaster, starting over from scratch and rebuilding their lives with their own 2 hands, and this time greed doesn’t win, and a different world is born. It’s interesting to hear this song so stripped down as just a duo, I think it’s more about the story this way.”