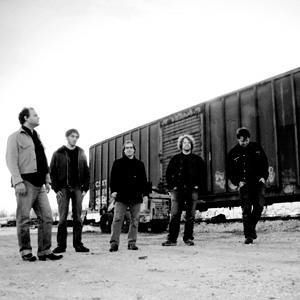 Released in March of 2003, Songs: Ohia’s The Magnolia Electric Co. is the hallmark of Jason Molina’s career – both a confluence of all he would create and a line in the sand to mark a shift in his songwriting approach.

Ten years later, Secretly Canadian is charged with further illuminating our late friend’s incredible body of work, and on November 12th (November 25th in Europe) we will release the 10th Anniversary Deluxe Edition of The Magnolia Electric Co.

This expanded 10-year anniversary edition of Magnolia Electric Co. features one never-before released track plus many rarities. The full-band studio outtake of fan favorite “Whip Poor Will” is a sweet and spare version that ended up being played far differently on Magnolia Electric Co.’s final album Josephine (2009). Also included is the studio version of “The Big Game Is Every Night.” Previously only available on the Japanese version of the album, this opus serves as Molina’s thesis statement, its poetry weaving through the 20th Century, through art and sporting culture — ultimately questioning what it means to be an American in the autumn of the American Era. The edition also gathers Molina’s gutting demos for the record, including those two outtakes. Nearly each begins with audible sound of the RECORD button being pressed down on the tape player. They are so close and intimate, it’s hard to look them right in the eyes. But you should.

To preview the LP, we have included streams of the original version of the album’s opener, “Farewell Transmission,” as well as the home demo version. There are distinct, magical differences between both.

This was the last Songs: Ohia LP, as the band morphed from Bloomington-based touring members into an official lineup named Magnolia Electric Co. On the name change, Jason Groth (who does not appear on the Magnolia Electric Co.), said:
I remember Jason saying that he was hanging out in the South, maybe New Orleans but definitely across the South of the U.S., and it occurred to him that he kept noticing magnolia trees, more than he ever had, and about how resilient and tough yet beautiful the trees were. And how they were everywhere but still managed to blend in somehow. And how precious the flowers were, despite the toughness of the leaves. And that he named the record after those feelings. Maybe that’s why he kept the name for the band – we were resilient and, hopefully, showed some real beauty – maybe that was hard to see through the toughness or the sadness- but it was there. I always thought it was, anyway.
Jason Groth has been recounting memories of his time in the band on his tumblr.
CD and LP versions of the 10th Anniversary Deluxe Edition are available for here, and the deluxe bundle includes a classic Magnolia Electric Co. shirt.

2. I’ve Been Riding With The Ghost

2. I’ve Been Riding With The Ghost (Demo)

8. The Big Game Is Every Night (Demo)

Side A: The Big Game Is Every Night
Side B: Whip Poor Will
http://www.secretlycanadian.com/artist.php?name=molina