Secret Shine stream ‘There Is Only Now’ 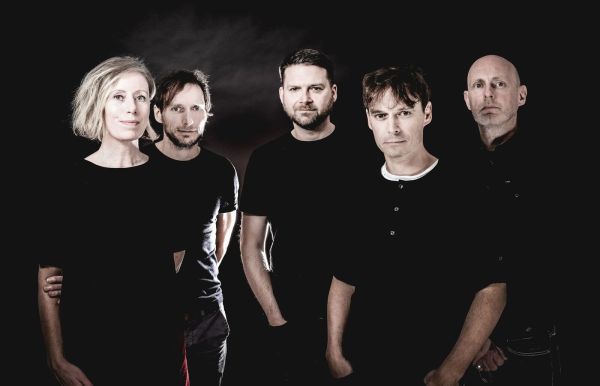 UK-based shoegaze/dream-pop band Secret Shine is back with There Is Only Now, the album melds the textured guitar drive of shoegaze with the heightened, diaphanous drift of dream-pop. The full-length drops this Friday via Saint Marie Records and the whole album gets an exclusive here before its release.

Back in the early 1990s, Secret Shine was courted by and joined the roster of the renowned indie pop record label Sarah Records. The label could hear the band’s catchy hooks in the shoegaze haze and the infectious vocal harmonies and sonic melodies. In a nutshell, Secret Shine’s indie pop chops blazed like a bright beacon amid the murk and maze of other shoegaze-tagged acts.

In the ‘90s, Secret Shine’s Greater Than God EP was followed up by dreamy debut album Untouched, which was reissued by Saint Marie Records last year. The band was put on hold in 1996, but after a decade or so on hiatus, Secret Shine returned with 2008’s All Of The Stars and 2010’s The Beginning And The End.

On the strength of those releases, along with two EPs, a 7” single, and a retrospective album titled After Years put out by Clairerecords, Secret Shine launches forward boldly with There Is Only Now, a richly vibrant and dreamily absorbing album. And what a vivid, tantalizing sound the band members make.

“All In Your Head” is a burst of slow-motion fireworks underpinned by stately keyboard press and tiered male and female vocals harmonies. Grimy guitar line grind contrasts with lushly breathy, aerial vocals on the lyrically stark “Dirty Game”.

A melancholic, post-punk undercurrent runs through the synth-pop clarity and crystal guitar chime of “Drift Away”. Bass line-driven “To The Well” starts with a deliberate pace of a menacing bass line, hushed vocals, and lively percussion before blasting off with shoegaze guitar frisson, glistening keyboard notes, and harmonic vocal effusion. The vast dreamscape expanse of “For You” reveals panoramic introspection that rises to languorously grand heights.

Secret Shine
There Is Only Now
Saint Marie Records