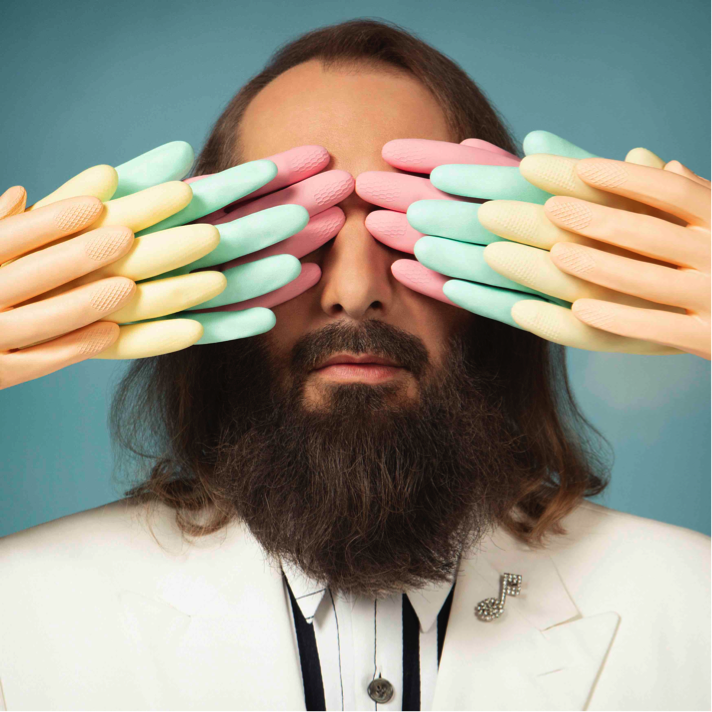 Parisian pop artist Sébastien Tellier, has dropped “Stuck In A Summer Love”. The track is off his forthcoming release Domesticated, available on May 29th via Because Music. The track follows recent singles ‘A Ballet’ and ‘Domestic Tasks.’

“It’s about being caught in the past, the old teenager I was,” he reflects. “It’s full of emotion, but also it’s like a caterpillar. She’s fat and strong. I was very proud of that. It was always my wish to make a song like it, but I never found a way.” The track was produced by Corentin ‘nit’ Kerdraon, mixed/mastered by Nk.F and features drums courtesy of Daniel Stricker.

The song is launched alongside a video that was directed by long time collaborator Mrzyk & Moriceau (Justice, The Avalanches, Air), who previouly directed the hit track ‘Look’, with animation from L’Incroyable Studio. Equally as unorthodox as the track, the blissfully offbeat video depicts an animated Tellier driving a vehicle styled in the shape of his face. Things get stranger still, as everything he witnesses is subverted into trippy representations of love and especially sexuality.

‘Stuck In A Summer Love’ is one of Tellier’s personal favourites from the ‘Domesticated’ album. It plays on the concept of finding the extraordinary aspects in the daily grind of domestic chores. The result is a taut and concise eight track set, an electronica record that buzzes with humanity and the most insistent melodies of his career so far.

Sébastien Tellier has collaborated with Jean-Michel Jarre to Daft Punk, Sofia Coppola and Karl Lagerfield, and gatecrashiig the Eurovision Song Contest in a golf cart in a truly Parisian chic style that only a pop genius like himself can carry on.