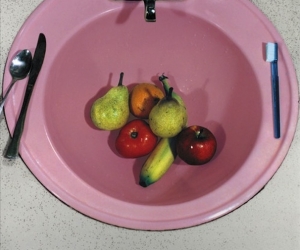 I feel lucky to have been able to review this album. It’s very good from the start to the god-damned finish. I had never heard any of Forest Fire’s music until I put on their new album, Screens. From the start of the spiraling keyboards of “Waiting In The Night”, I was lightly lulled in by their laid-back approach. Forest Fire’s sound is not all aggressive, but there is an ease and confidence to it that allows you to just float along with the airy tunes. At one point I thought, I feel like I just smoked some really good weed. I don’t even like weed, but I felt like I was inside a nice sunny Sunday afternoon high.

As you listen to the album you can hear a number of influences and, at times, some a little more obvious than others, but never enough to distract from Forest Fire’s own sound. The album clips along at a nice steady pace that keeps your head bopping up and down with every beat as you lose yourself in Galen Bremer’s bass riffs, Mark Thresher’s whispery vocals, and the layers of guitar and keyboards that swim around in your head.

The album’s second track, “Yellow Roses”, picks up the the pace with a nice easy pop sound that makes it almost impossible not to tap your foot and smile. This upbeat light pace continues, track after track, making it nearly impossible not to be fully wrapped up by the sincerity of Mark Thresher’s songwriting.

As a reviewer, I should point out a song or two that stands above the rest, but that seems almost impossible. Mr. Thresher has created one solid tune after the next. However, I do have a couple of personal favorites that speak to my own music fetishes. For example, “Annie”, a song that starts off with a bouncy bass riff, humming keyboards, and catchy guitar strumming that journeys forth for ten minutes until it delivers us through layers of feedback. The song had me wondering if Jim O’Rourke had snuck into the sound booth and taken over for a spell. I had the same exact feeling with Screens’ closing track “Never Far”. When the song ended in screeching feedback I couldn’t help but wonder what Forest Fire will deliver to us in future albums.