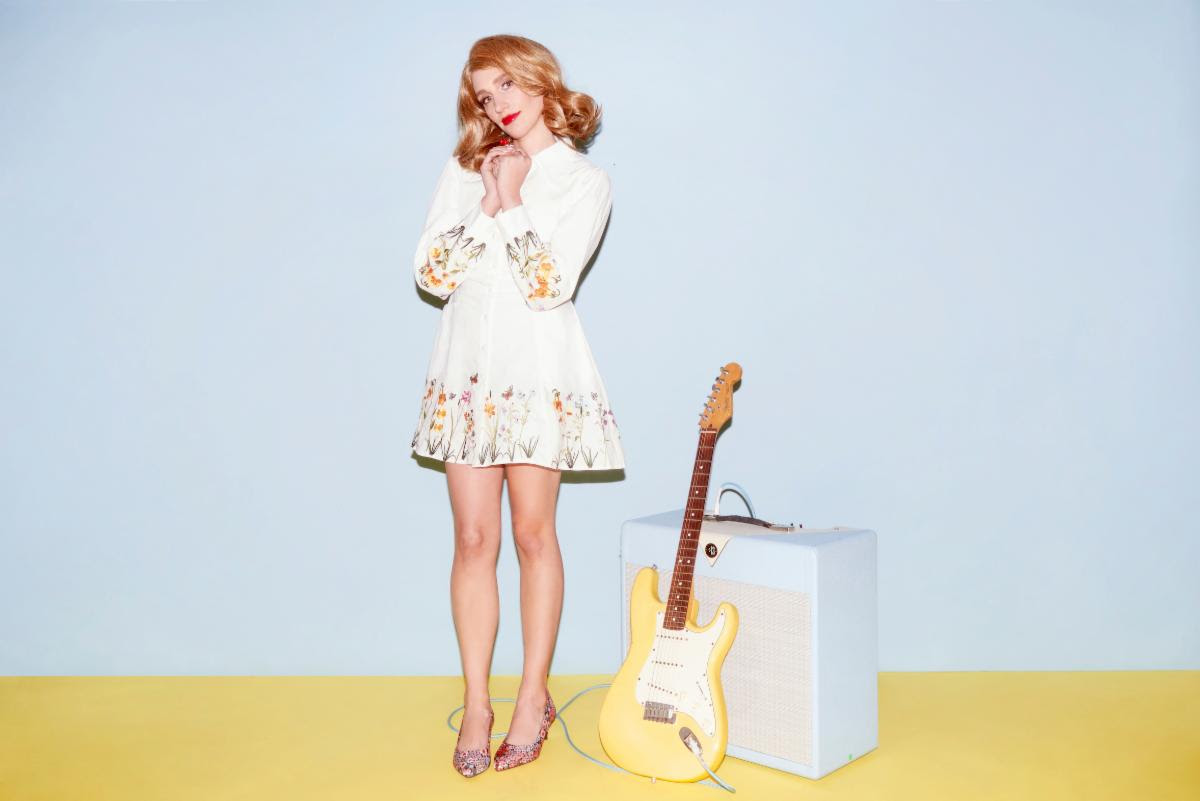 Sad13 “Oops...!”
Share on TwitterShare on PinterestShare on PocketShare on RedditShare on FacebookShare on Email

Sad13, recently shared details of her forthcoming release Haunted Painting. Today, she has shared the album track “Oops…!” The song is accompanied by a Kimber-Lee Alston-directed video. Haunted Painting is due out, on September 25, via Wax Nine.

“We recorded “Oops…!” at New Monkey, which was Elliott Smith’s studio. This one has a magic drum sound – thanks entirely to engineer Sarah Tudzin (of Illuminati Hotties notoriety), and Zoë Brecher’s impeccable playing. Just before writing it, on tour with CHVRCHES, a venue employee became physically and verbally violent with one of my Speedy Ortiz bandmates. He directed his fake apology at me instead of the person he harmed, presumably because I am smaller and present feminine. My vengeance complex kicked in and I got a scary adrenaline high making sure this unsafe person was removed from the show. While I’m glad I have protective instincts, I wrote the song to process ways in which I’ve used people’s assumptions about me and my body to wield my own version of toxic masculinity. Kimber-Lee Alston, who directed remotely via Zoom, turned this story and song into an allegory about a 1950s prom queen vampire who lures in her bad boy victims with delicious, blood-filled treats.”

Sadie Dupuis is one of the most prolific creators, let alone songwriters, in the independent space. Between Speedy Ortiz and Sad13 releases, she has miraculously found time to co-feature on a track with Lizzo, release a critically acclaimed poetry book, run her own record label, establish a poetry journal, co-curate a full-length and star-studded tribute to the late Adam Schlesinger, and find time to work with No Music for ICE, the Union of Musicians and Allied Workers, in addition to her unwavering advocacy for countless other issues. But, processing some previously unresolved grief, she felt unable to create new music.