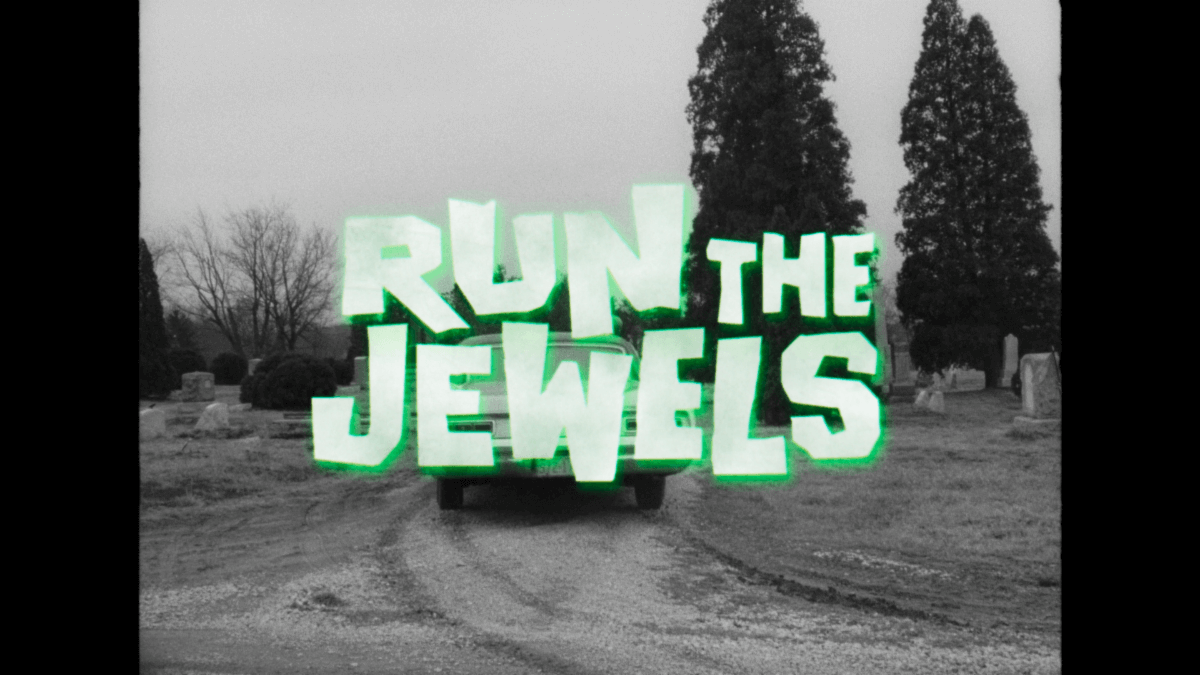 Run The Jewels have just dropped a new video for “Never Look Back,” the track is off their current release, RTJ4. Directed by noted Australian filmmaker John Hillcoat (The Road, The Proposition; music videos for Nick Cave, Massive Attack, Depeche Mode), the video made its official premiere as part of the live streamed Adult Swim Festival, and is an homage to George Romero’s classic film and perennial midnight movie favorite Night of the Living Dead. In this re-telling, RTJ are dropped in the film’s narrative, as footage of them navigating a burgeoning zombie outbreak is seamlessly intercut with scenes from the 1968 film. As a ragtag group of survivors hole up in a dilapidated house, staving off their imminent demise by watching Run the Jewels performing the song live from the future on an old black and white television set, Killer Mike & El-P unwittingly stumble into their own nightmare. Pointing to the enduring legacy of the original film, the video’s cast includes cameos from the Walking Dead’s Norman Reedus and Day of the Dead’s Greg Nicotero, and was shot on location in Atlanta, GA.

The video hits on the heels of the RTJ4 Digital Deluxe Edition, featuring a new version of their song, “ooh la la” featuring Lil Wayne. The band also recently wrapped up a short run of festival appearances, stops at Shaky Knees, BottleRock, and Summerfest, as well as headlining Chicago’s Riot Fest, marking a triumphant return to live performance after two years off the road. RTJ heads back out in March on the rescheduled Against. Run The Jewels have also launched a new line of Cannabis with Cookies SF.