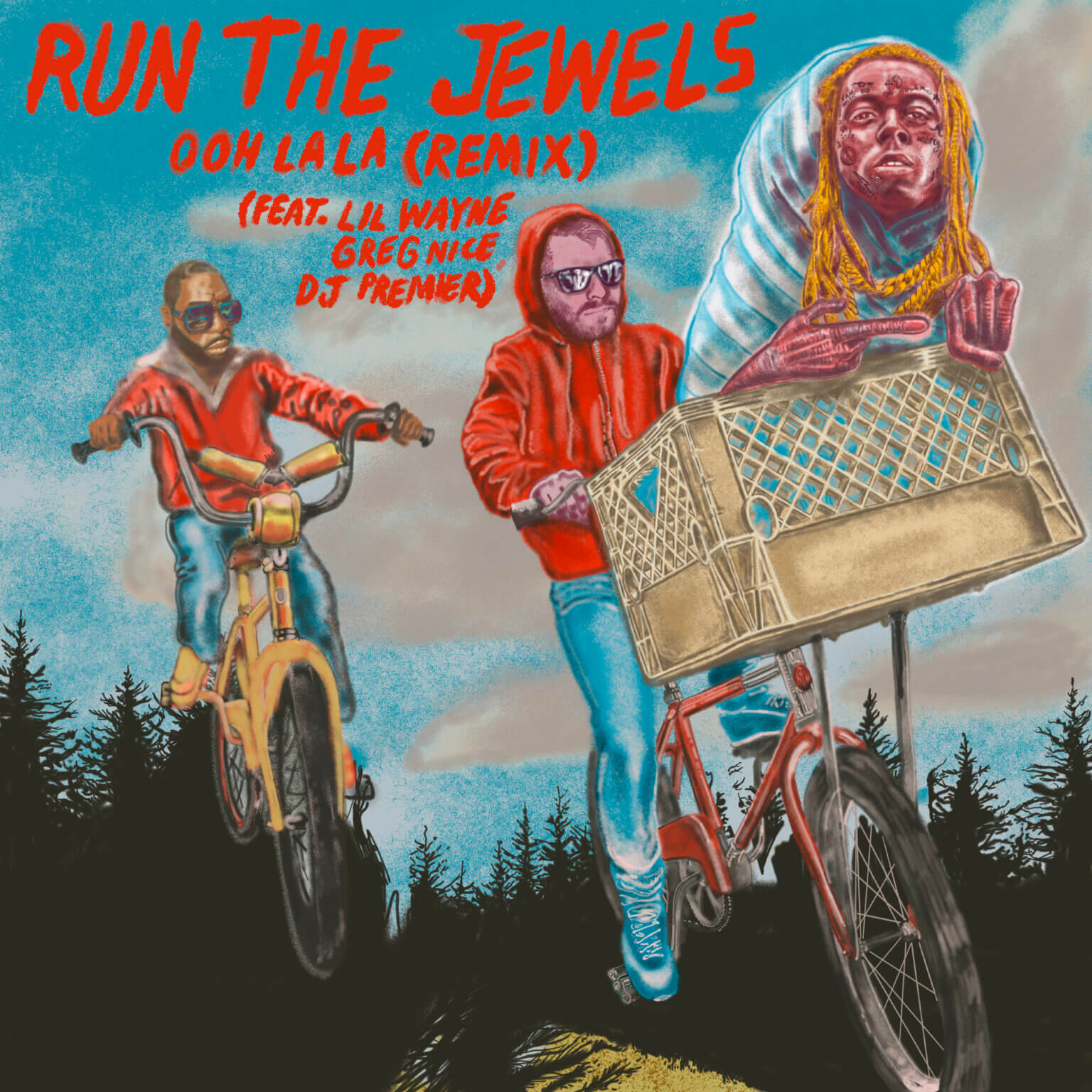 Run The Jewels have dropped the Digital Deluxe version of RTJ4 and along with it, a new version of “ooh la la” featuring Lil Wayne
Share on TwitterShare on PinterestShare on PocketShare on RedditShare on FacebookShare on Email

Run The Jewels have dropped the Digital Deluxe version of RTJ4 and along with it, a new version of “ooh la la” featuring Lil Wayne. The Digital Deluxe package also includes alternate album art, remixes from Royal Blood, What So Not, the exclusive “No Save Point” from Cyberpunk 2077, plus instrumental & album versions of all original RTJ4 tracks.

Released in June 2020, into a spreading pandemic and less than 2 weeks after the murder of George Floyd, RTJ4 immediately connected with the zeitgeist sweeping society, both domestically and beyond, buoyed by outstanding feature appearances from Pharrell Williams, Zack de la Rocha, Mavis Staples, 2 Chainz, Josh Homme, DJ Premier, Gangsta Boo and more. The group, who recently completed festival performances at BottleRock, Riot Fest and Summerfest, head out on the rescheduled Rage Against The Machine Tour in March of next year.

This October, Run the Jewels will be releasing more craft beer offerings with partners new and old. First up, the group keeps their support for Black-owned businesses flowing with All Due Respect, a strong ale brewed in collaboration Blacktoberfest on Oct. 8th in LA & Durham, NC. The duo then runs it back with their very first brewery partner, Brooklyn’s Interboro Spirits & Ales, on a Yankee & the Brave IPA; and teams up for the first time with ATL’s Black-owned Hippin Hops Brewery on a Yankee and The Brave peach sour, to be released in conjunction with RTJ’s headlining appearance at Atlanta’s Shaky Knees Festival on Oct. 23. And if that’s not enough, RTJ and premier Mexican craft brewer Cerveza Minerva have linked up once again, this time to release the juicy IPA Oh Mama in early November, which the band then follows up with a tequila & mezcal combination offering from Mexico City’s Alacran (www.autenticoalacran.com) later this year.

yankee and the brave
ooh la la
out of sight
holy calamafuck
goonies vs E.T.
walking in the snow
JU$T
never look back
the ground below
pulling the pin
a few words for the firing squad

ooh la la (Lil Wayne version)
JU$T (What So Not Remix)
the ground below feat. Royal Blood (Royal Jewels mix)
No Save Point (from Cyberpunk 2077)