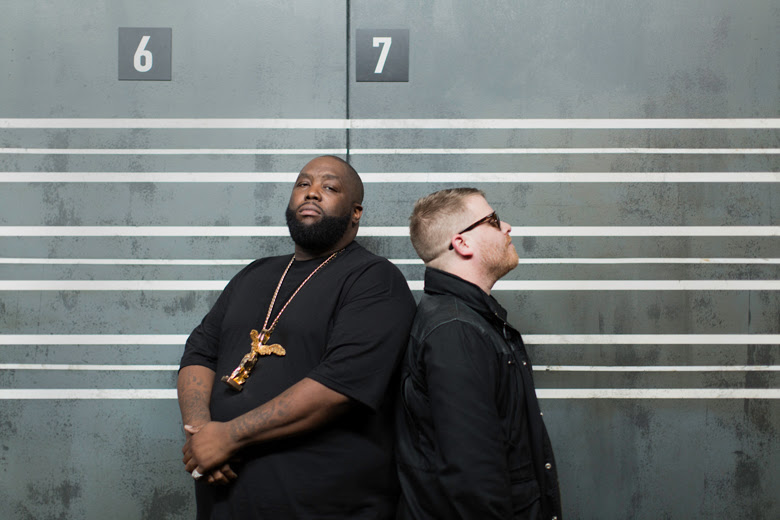 Run The Jewels, earlier today premiered “Legend Has It”, the first video (of many to come) from their album Run The Jewels 3. Directed by esteemed talent and old compatriot Brian Beletic (who previously helmed El-P’s “Deep Space 9mm” video), the clip portrays the duo in a police lineup, which they suspect might just be a set up. The acid they just dropped isn’t helping, either.

Director Brian Beletic states: “The video for ‘Legend Has It’ plays with the theme of guilty until proven innocent. We live in a world where the stronger the truth the greater the opposition. In this story EL-P and Killer Mike are in a police lineup and the cards are stacked heavily against them. But why is that?” Run the Jewels offer that “this video is a worst nightmare scenario. High on acid and caught in the system. Pitted against icons of innocence in a police line up that doesn’t feel real. No bunnies were hurt in the making of this video.” The duo also capped last week with a ferocious performance of “Legend Has It” on The Tonight Show With Jimmy Fallon. Check it out here: https://youtu.be/YXm_Ch6oUrQ

The group’s Run The World tour is set to kick off phase 2 with a sold out UK & European leg. This follows a 36 date North American tour, to top it off, the band also unveiled their own beer for the NYC dates, the Stay Gold IPA, brewed in collaboration with Brooklyn’s Interboro Brewing, as well as a mashup with Interboro and Burial Beer in North Carolina to celebrate the launch of craft beer website,

Additionally, Run The Jewels will be dropping limited edition screen printed LP tote bags for Record Store Day, replete with golden pistol & fist pin set. The bag also comes with a free download of the demo version of “Panther Like A Panther”, initially accessible via the ARTJ app only. This version of the track is featured along with the RTJ gameplay characters in the hit video game, Gears or War 4 (XBOX), and the album version is featured in the trailer for the new Fate of the Furious motion picture.