“Ride That Feeling Again” by Camera2

“For this new video Brooklyn-based Camera2 decided to go out west and team up once again with director David Dutton in San Francisco bum rushing locations such as a school lecture theater then filming the rest in and around the adult industry film sets kink.com in the old Armory. A fun time was had by all but Needless to say they all scrubbed their hands vigorously afterwards.

Camera2 are Andy Chase, guitarist Michael “MJ” Jurin [Stellastarr*], bassist Atsuo Matsumoto, and drummer Mike “Mikey” Williams [Teddybears]. The band has been on a slight hiatus after Chase underwent spinal surgery this summer. During this time, the band hit the studio and recorded new material to be released in 2017. The unreleased material consists of a documentary, 4 brand new music videos and several new singles. Watch this space for more details. 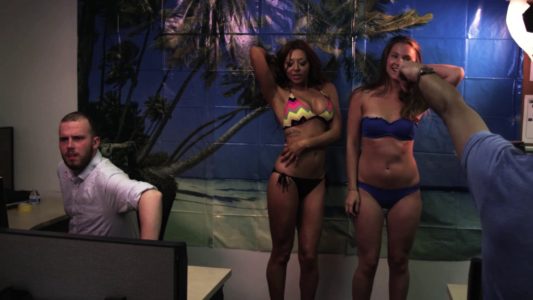