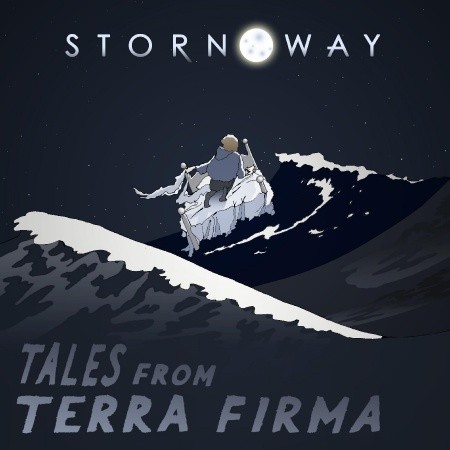 Their first album Beachcomber’s Windowsill gave fans an introduction to their delicate, thoughtful indie-pop. Now, Tales from Terra Firma provides listeners with an album of stories – birth, death, marriage, coming of age. According to their website, the songs were mostly written in a camper van in land-locked Oxford but on listening, the yearning for adventure and the freedom of the coast and wilder places is evident. Brian suggests: “The title of the album conjures up for me, the romantic notion of an adventurer, exploring new lands and reporting on his experiences. Discovering what it is to be human and an enthusiasm for adventure, which I feel is true of me.”

“The Bigger Picture” is an uplifting track, fast paced and wistful; “…you may have seen a first star flickering, in a park one summer evening, no less faintly than the dream that you were wishing on. You may have seen the seagulls circling on the haze above the factory with more purpose than the course your life was on…” Briggs goes on to compare those sights to ‘the bigger picture’ ; “But if you haven’t seen the places you have come from, then you haven’t seen how far you’ve come”.

In the longest track on the album “(A Belated) Invite To Eternity” the music slows down and stops almost altogether part way through as a way to emphasize a singular guitar melody and Brigg’s poignant vocals. “Knock Me On The Head” is a whistling, building song (and, by the way, has a brilliant weather man influenced music video). The chorus is a catchy one; “ You are an albatross around my neck, but you needed to knock me on the head and say no, no, no, no”.

“The Ones We Hurt The Most” is a sad, reflective song which speaks of feelings of desperation; “And to see you going through this was the hardest thing I’ve done, to feel so powerless to help you, when survival’s too far gone”. Strings over the guitar add to the powerful mood of the track. A painful set of lyrics comes in to end; “The ones we love the most we hurt the most, and the ones we hurt the most we give the most..”.

Stornoway make beautiful, positive and reflective music and Tales from Terra Firma only confirms their place in folk and indie music fans hearts alike. Their enthusiasm and passion is infectious.