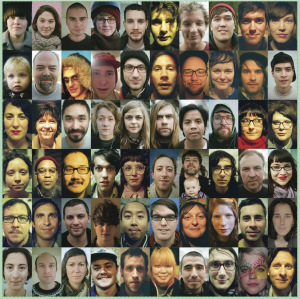 Vancouver based Ok Vancouver Ok is Jeff Johnson’s experimental collective pop project, and will be releasing a new album entitled Food. Shelter. Water, out on Kingfisher Bluez Records on April 22nd. The ten track album was produced by Eli Moore from LAKE and is anti-capitalist indie music with an environmental message.

Opening track “Food+Water+Shelter” begins with a mash of noise and then infectious drums, Johnson’s vocals echo over top; “Food and water, shelter over” chants repeat. “I’ve Been Since I’ve Been” is a wistful and beautifully simple love song listing intimate moments and events; “I’ve been fingers in your belly button, I’ve been cooking up a storm, I’ve been hearing all your great ideas, I’ve been holding back your hair….since I’m in love with you”.

A more jangly, guitar prominent track on Food. Shelter. Water, “Pit House Tree House” is a track about living more simply. Johnson stresses about three syllables in his pronunciation of the “house” in “tree-house” which gives it a playful vibe. It ends with an interesting instrumental. “I Want Children to Swim in a River They Can Drink From” is a slow, building song, Johnson is joined by a number of voices chiming in for the chorus.

Lead single “What’s my memory for?” is a stand out track, more forceful and with lo-fi sounding vocals, the question rings out “What’s my memory for, if I can die, what’s to come back for more?”. In “Snowman in the Sun” high pitched female vocals bring a new dimension and hints at global warming whilst “Loving You” sounds like something by American singer and guitarist Calvin Johnson, with it’s clear, calm, speak-y vocals over a running single note.

“At Home in the Garden” has the most direct environmental memo; “what else to do but keep the planet clean…water clean, air clean, shelter comfortable we can relax a little more, we can relax a lot more” and “capitalism won’t be around forever so take the plastic with you”. “Griselda” sees up-beat guitar, drums and keys and more female vocals joining Johnson’s before closing track “Camping” ends the album positively: “I love everyone” he says. Ok Vancouver Ok’s Food. Shelter. Water is subtle, creative and beautiful music with an environmental message. 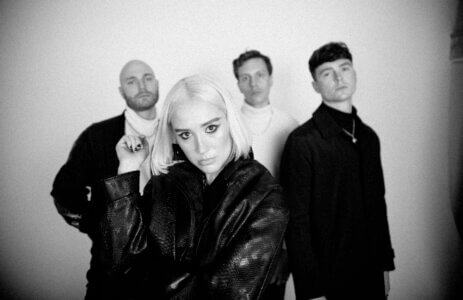