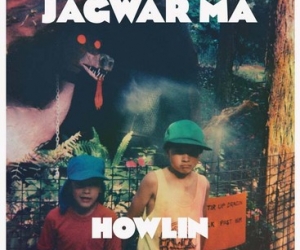 However, they’re neither a direct product of either, rather just a product of a musical culture in constant flux. Howlin may be looked at as a definitively indie rock album, but several of its tracks prove otherwise with instrumentation and melodic structures that beam with electronic influence from the likes of Soulwax or Metronomy (see “The Throw” or “Exercise”).

But what is truly exceptional about Howlin is not its ability to appease dance fans but rather the infectious voice of lead vocalist Gabriel Winterfield. His versatility is apparent in nearly every track on the album, and joined by Jono Ma on backing vocals, the pair is unstoppable. “Come Save Me” feels like post-LSD Beatles while “Uncertainty” rings with electro pop energy. And that’s not even touching on the remaining nine songs on the 11-track album.

From start to finish, Howlin presents listeners with a journey through Jagwar Ma’s impressive sound repertoire. And with said expansive repertoire, Jagwar Ma keeps you guessing, rather than becoming entrenched in repetition. The album shows a real attempt at creating 11 tracks that both work in unison to create one story but also stand-alone and hold their own artistic weight.

Of course, the album is by no means a generational staple; rather it’s a soundtrack for good times and good feeling. And rather than exploring the complexities of sounds, Jagwar Ma makes simple sounds complex. At the very least, Howlin is an entertaining listen, but for fans of indie dance music, the album’s eccentricities and lightheartedness will no doubt impress.

Regardless, Jagwar Ma’s debut album is a solid dive into the indie dance spectrum, and if they maintain the same energizing sound exemplified on Howlin, they shouldn’t have any trouble winning over fans.