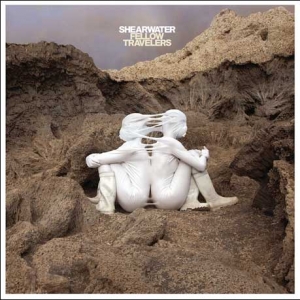 American indie rock band from Austin, Texas, Shearwater are about to release album number nine! Coming out on Sub Pop this month, Fellow Travelers is a ten track LP and is full of years of wisdom. Formed back in 1999 by Okkervil River members Jonathan Meiburg and Will Sheff, the band has seen a long and interesting career (although Sheff is no longer with them). Shearwater started as a project for the pair’s quieter songs and their first album was recorded with Meiburg’s now ex-wife, Kimberly Burke on bass. The final member Thor Harris joined them shortly after on drums and vibraphone and they began to develop their sound with the subsequent albums.

“Our Only Sun” opens the album with a thoughtful piano track and a touching, emotional performance from Meiburg before things are rocked up a notch in “I Luv the Valley OH!!” Sounding slightly Xiu Xiu-esque in it’s fragility, Meiburg sings; “it’s a pill and you’ve got to take it, and I won’t rest until you take it here” driving, forceful lyrics match the rhythmic melody. Piano is a key element of the album and certainly to “Hurts Like Heaven” a cover of the Coldplay song written with Brian Eno for their fifth album Mylo Xyloto. Putting a more experimental, instrumental take on the track it is a building and lovely interpretation.

“Ambiguity” is a delicate track with scatterings of strings and ambient noise that really bring a sensitivity to the song and match the lyrics; “How much love can a boy contain? How many contradictions can a girl possibly have?” before the title is addressed; “these questions are too ambiguous, try to narrow down your search”. “Cheerleader” belts out the guitar and the vocals have a more forceful tone; it’s an anthem and shows the scope Shearwater are capable of producing. A return to the stripped back acoustic sound, “A Wake for the Minotaur” is a beautiful piece – Burke joins in with the lyrics and her warm voice full of depth brings a new almost folky edge to the Shearwater sound. The back and forth between male and female voice is a nice addition to the bittersweet love song.

Fellow Travelers ends with another beautiful, thoughtful track entitled “Mary is Mary” – lower notes make vibrations that compliment harmoniously with Burke’s lighter vocals. “Fucked Up Life” isn’t the most uplifting closing track seeing a listing of a life’s problems; “and your mother doesn’t love you and your father doesn’t care” before “you are alone tonight, you telephoned to tell me all about your fucked up life”. And despite this pessimistic ending, the sound Shearwater produce in this album has a really well rounded feel that means that moods and technique come across with a genuine feel. 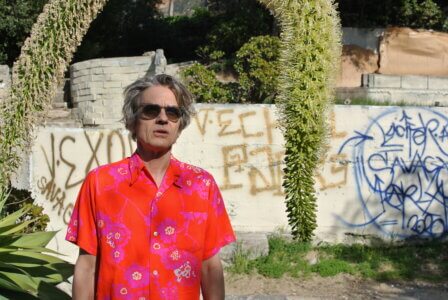