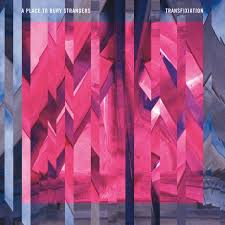 If you only know the tiniest detail surrounding A Place To Bury Strangers, you’ll be accustomed to their earwax loosening brand of noise-rock by now. Sonic manipulators, noise merchants, aural anarchists, – whatever tag you wish to bestow upon Brooklyn’s deafening trio, their fourth LP Transfixiation maintains the group’s lust to push their sound to the upper echelons of chaos.

Akin to locking Sonic Youth, Joy Division and Nine Inch Nails in a basement with sticks of dynamite and an angle grinder – the NYC bunch churn out an ungodly melee on their fourth outing; contorted, twisted sonics merge with slurred vocals, courtesy of band lynchpin Oliver Ackermann, consolidating into an industrial mesh of distorted rock ‘n’ roll at skull rattling volume.

Transfixiation lacks nothing in the way of intensity nor does the record let up on the audio assault stakes but what’s intriguing is the LP’s ten tracks are probably APTBS’ most accessible yet. The claustrophobic experiences of albums gone by are almost non-existent and in its place Ackermann and co. appear free, and this is evident in the album’s conception. According to the accompanying press release the outfit reacted on impulse during the recording sessions “rather than fixating on precious recording techniques and minute details, APTBS trusted their instincts and tried to keep things as pure as possible”. This new found carefree direction has bled into the infectious groove of ‘Fill The Void’ – only if those rhythms took place on a construction site – equally the album’s lead single ‘Straight’ pivots on an elastic mid-section that dilutes the drilling noises and sirens blare to offer up something malevolent but strangely danceable. ‘I’m So Clean’s pummelling, jackhammer assault has benefited from not being inspected under the microscope for too long, proving not over thinking the formula suits these noiseniks just fine.

We’re all aware, APTBS are the champions of noise – we get it! But Transfixiations conjures up moments of eerie calm which are just as disturbing as having your face ripped off by wave after wave of rusty clatter; instrumental ‘Lower Zone’ creaks and whirs whilst being underpinned by an incessant beat and ‘Deeper’s malfunctioning grind is the New Yorkers at their most menacing, all oppressive drones and gnawing soundscapes – made even more unsettling by Ackermann demonically growling “If you fuck with me/you’re gonna burn” where unnerving silence is soon usurped by a wall of caustic fuzz.

APTBS were right to trust their instincts with the inception of Transfixiation – reacting in a knee jerk way and not stewing on the intricate details of yore has captured the NYCers at their most punishing and their most instant.